And now the 14-time PGA Tour winner has revealed that he was actually a little annoyed about the whole process making its way onto social media. 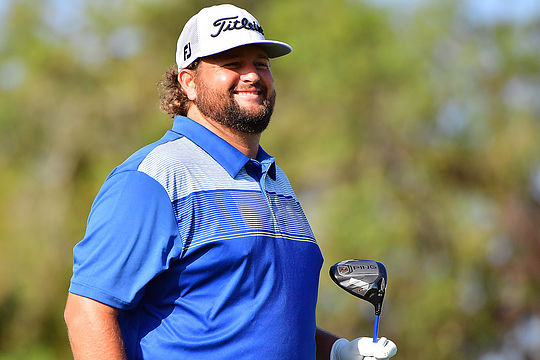 “I was a little irritated that it got out. I didn’t really want it to. That wasn’t the intention of it. I saw the video of Mike calling his dad after he Mondayed in Valspar, and in a day and age where it seems like only anything in the media is negative…I just felt it was so refreshing and great to see and how genuine his excitement and emotions were,” said Thomas ahead of this week’s The Memorial.

“For some reason it hit home to me and it just was like, man, you know, this is a dude who’s been grinding for a long time and there’s a lot of people, not just him, that are doing that, but I just wanted to help in a little way and what I’m most happy about is the recognition he has got.”

“I heard that someone on the board of — I don’t know if it’s true or not, on the board of Charles Schwab heard about what I did and then wanted to sponsor him and take care of him and his expenses and everything throughout the rest of the year or however long it is. And that’s what I’m most happy about, the fact that he is able to now take advantage of more opportunities because of just something little that I did.”

While it would have been easy for the World No.2 to simply hand over a cheque, Thomas said he also offered Visacki the opportunity to seek advice when he needs it.

“I want to be helpful more than just money. I told him, ‘if you ever want advice, if you ever want to pick my brain, you ever just want to talk, like, I’m here for you. I’m happy to help.’”

“I was very fortunate to have some great mentors and people willing to help me growing up and if it’s a difference of him playing on mini tours or getting his Korn Ferry card the next year, then that means more to me than any amount of money I could ever give him or anybody.”

Justin Thomas will join Hideki Matsuyama and Patrick Reed in the first two rounds of the Jack Nicklaus-hosted tournament.