Few sports people spend more time in the sun than golfers and former major champion and current world No 5 Justin Thomas has revealed he had suffered a personal scare when a form of skin cancer was discovered on his leg.

Thomas said a routine visit to his dermatologist revealed a mole on his leg was in the early stages of melanoma. 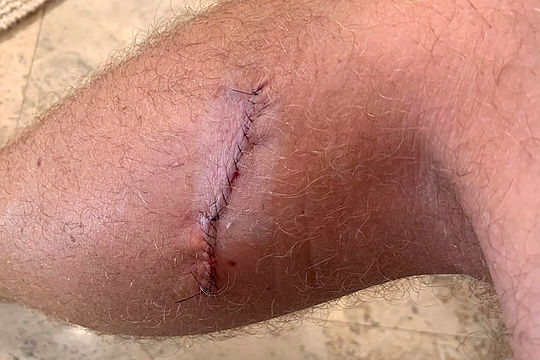 “Luckily, we found it at a time where there should be no problems going forward,” Thomas told a leading US golf publication.

Naturally Thomas was straight in for surgery to remove it although the ‘down side’ was he was left with a fairly sizeable hole in his leg where they had to remove the mole.

“No harm can come from it and it’s the best way to catch anything before it becomes a serious issue,” wrote Thomas.

“Especially for all the junior golfers (and other athletes) spending so much time in the sun.”

“It is so important to make sure you’re monitoring your body – no matter how old you are or how much sunscreen you use.”

“It really got my attention, and hoping it does the same to y’all!”

Thomas explained that he didn’t expect to miss any time on his proposed golf schedule.

Doctors told Thomas he could do his normal stuff and the stitches would be taken out of the morning of the Safeway Open (September 26).

And while Australia is renowned for having one of the highest incidents of skin cancer, the US is not that different.

Evidently studies by the Skin Cancer Foundation have shown that cases of non-melanoma skin cancer increased by 77 per cent from 1994 to 2014, and they’re on track for 7.7 per cent more melanoma cases this year than there were in 2018.