Peter Thomson’s amazing legacy continues to grow and this time it is a nod from his home state at the Victorian Sports Awards.

Thomson, who passed away at the age of 88 in 2018, was recognised with the Outstanding Contribution to Victorian Sport Award at Marvel Stadium in Melbourne, adding to his entry into the Sport Australia Hall of Fame in 1985 and the World Golf Hall Of Fame in 1988. 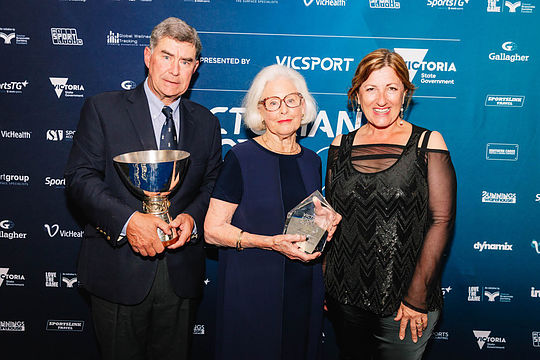 “We are pleased and proud to recognise Peter’s achievements around the world and the very high standing his reputation has today.”

“You’d have to go a long way in golf circles to find anyone who spoke ill of Peter…and his impact will be felt for generations to come,” said Golf Australia chief executive Stephen Pitt.

“Most know of his wins, but he also was an ambassador, a visionary and a great influencer.”

“He was a great writer, designer and raconteur…all of which continue to shape how others view the sport and its place in Australian society.”

Thomson is most well-known for his five Open title wins between 1954-65, however, just as impressive was his ability to win anywhere in the world.

The Victorian amassed close to 100 titles across his career and won the national Open titles in ten countries including nine New Zealand Opens.

While he did compete occasionally in the US, his style of game and love of the traditions of golf meant he played mostly in the UK and Europe.