Hot on the heels of the news that Tiger Woods and his girlfriend, champion skier Lindsey Vonn, had ended their three-year relationship comes some exciting news for golf fans.

We are going to see more of the former world number one this season. 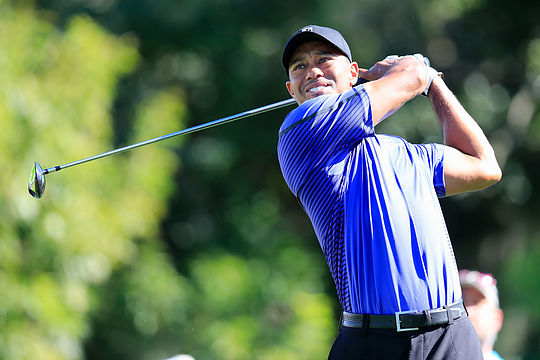 Starting with this week’s Tournament Players Championship in Sawgrass, Florida, 39-year-old Woods has declared it’s all systems go to resume his playing career and chase that elusive 15th major championship.

Woods has already committed to five events in the next three months, the US Open, British Open, Memorial Tournament, Greenbrier Classic and Quicken Loans National.

It will be a much-heralded return for the fans at the Greenbrier Classic, who have not seen Woods compete there since his lone appearance in 2012 when he missed the halfway cut.

Fans saw glimpses of his best at The Masters, where he finished in a share of 17th spot behind Jordan Spieth and later declared he was “proud” of his Augusta effort.

Apart from that, Tiger’s other efforts this year are hardly worth writing home about: he missed the cut at the Waste Management Phoenix Open and withdrew from the Farmers Insurance Open after 11 holes.

Woods then took a self-imposed nine-week break from the Tour to work on his game and ensure he was back to full health.

The world’s best-known golfer has also intimated that the five events mentioned above would not be his only appearances. The US PGA would have to be another event on his ‘radar’.

But he will definitely chase a fourth US Open title when he heads for Chambers Bay in Washington and will then cross the Atlantic Ocean to pursue a third career victory at St Andrews in the Open Championship.