Tiger Woods admits that he doesn’t sleep all that much.

And while his return to competitive golf may be taking a little longer than we hoped, he has certainly been a busy boy – off the course. 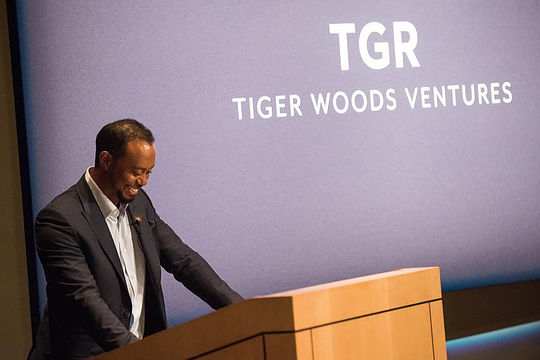 The former world No 1 recently announced the launch of TGR, a new company that will house a portfolio of Woods-related businesses.

And like another former world No 1 Greg Norman has done with his own business, Shark.com, Tiger will serve as chairman of TGR and involve himself closely with much of the day-to-day decision-making after bringing all his existing businesses under one umbrella.

Indeed with Tiger’s long-time sponsor NIKE opting out of making golf equipment earlier this year, there has been speculation in the US that TGR may launch some golf gear of their own.

“There is so much excitement about the potential of TGR,” said Woods.

And while Norman’s ‘shark’ logo has become known world-wide, Tiger is hoping for similar treatment for his new logo which consists of three triangles that resemble tiger stripes and also look like a ‘W’ for Woods.

According to US sources, Tiger is banking on the move to help define his legacy and keep him in the game long after he’s finished competing.

At this stage TGR will encompass:

On top of those are plans to launch several new enterprises over the next few months.

One option for growth is The Woods, the restaurant that Woods opened last August near his home in Jupiter, Florida.

“The [concept] is already in demand in several cities,” said Woods.

“We are evaluating which ones [would] make sense if we expand.”