Tiger opens up about his famous Scotty Cameron

Everyone has one and when times are tough – that’s when they reach for it.

I’m talking about the ‘go-to’ club…you know, the one you can always rely on. 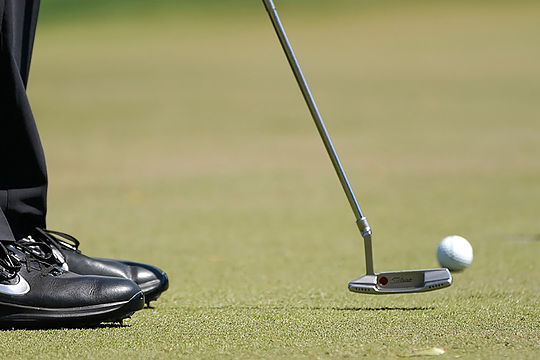 Woods with his Scotty Cameron putter

And even one of the greatest player to ever grace our game, Tiger Woods, has one very special club: it’s his 35.25-inch, chrome-finished Scotty Cameron Newport 2 putter.

Tiger has used it with great dexterity to win 14 of his 15 major championships.

It’s been there for 65 of his 81 PGA Tour titles and has played its part in about $92 million in winnings for the former long-running world No 1.

“Yep, it’s been pretty good to me,” grinned Woods.

“Seriously, it’s been a special club.”

“It’s hard to describe how it’s always felt in my hands; how confident I’ve always felt with it. It’s been a huge part of my life on the golf course.”

“I’ve always been a person who likes the putter to swing.”

“I went from the (Teryllium TeI3 model) I used in ’97 at the Masters and for some reason the Scotty Cameron felt more like my older putter when I was younger, my old (Ping) Anser 2.”

“It had the same kind of look to it, but it had, more than anything, the same type of feel and swing I liked.”

“With that feel and swing, it just had that older feeling I grew up with, and it felt so good.”

“It is one of a kind – “There is nothing exactly like this putter.”

Woods said that along with the putter from the 1997 Masters, there were only two putters his son, Charlie, was forbidden from touching in Woods’ home.

“I never feared it would be stolen, but I was always worried it would get damaged by me or something else.”

“I’ve sent it to Scotty a couple of times to get re-blasted and a couple times to get worked on, but I haven’t done that in over a decade.”