Tiger overdid it in 2018 and it won’t happen again

While most would suggest there is no such thing as “too much golf”, Tiger Woods may well disagree.

The former long-running world No 1 now freely admits he probably overdid it in 2018. 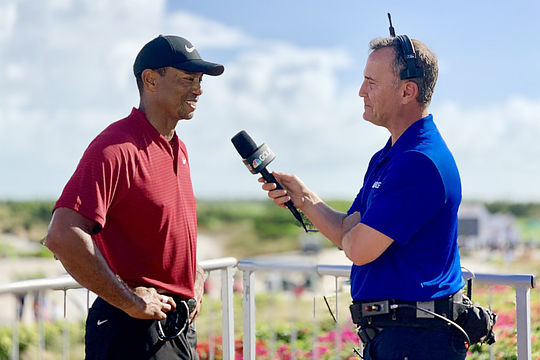 And many would agree his efforts in the Ryder Cup at Le Golf National in France reflected a good deal of fatigue.

Woods agrees and has virtually promised to rectify that in 2019.

“I was not physically prepared to play that much golf,” Woods admitted.

While Woods is not completely certain where and when he’ll play in 2019, apart from the majors, of course, he admitted he’d continue searching for the right “balance”.

Yet he did say there was no way he could play seven tournaments in a nine-week stretch as he did to end his 2018 season.

“The only thing set in stone is I’m playing Genesis and the four majors,” Woods said.

“Other than that we’re still taking a look at it as far as, what is too much?”

“We know seven of nine was too much. [So] what can I handle going forward?”

“Well, I need to make sure I’m rested and ready to play. I have found through all of that, I’ve played all my good tournaments when I had time off and I felt rested.”

“If I didn’t feel rested I didn’t play well. Maybe that’s being a little bit older, but I just think it’s important.”

For the record, Woods played 18 events in the season just concluded.

And that was the most he had contested since 2012.

And he was coming in a bit ‘underdone’ having played just 19 tournaments in total from 2014-17.

Naturally that made his return to the winners’ circle in the Tour Championship just that more impressive…even though he was ‘bushed’ by the time he reached France for the Ryder Cup.