Tiger’s best is behind him, says O’Meara

The golf world has ‘probably’ seen the best of Tiger Woods.

That’s the view of Mark O’Meara, not only a fellow Augusta National champion and British Open Championship winner but also a long-time close friend and confident. 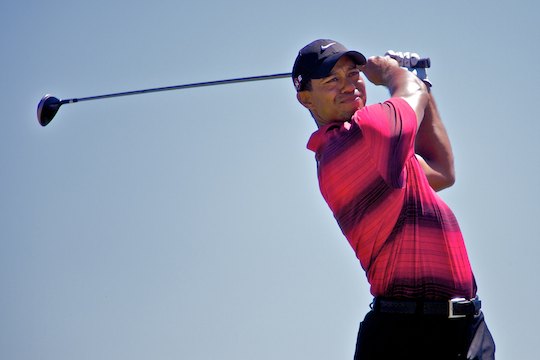 Tiger’s best is behind him, says O’Meara

O’Meara also has been a neighbour of Woods since Tiger turned professional towards the end of 1996.

It was Woods who also fitted the winning Masters green jacket to O’Meara in 1998, and O’Meara is the one golfer who probably knows Woods better than anyone.

But while O’Meara has moved from Orlando, and has been living in Houston for the past two years, he knows what Woods has gone through since the shattering revelations that brought Woods’ world crashing down around him.

O’Meara and Woods were competing in the Omega Dubai Desert Classic with O’Meara having contested the tournament every year since 1999 and winning in 2004.

Woods was on a sixth visit to Dubai but the 2006 and 2008 champion pulled the plug last year after the shock sex revelations of two months earlier.

In what was a promoters’ dream, organisers grouped the world’s top-three ranked players in Lee Westwood, Martin Kaymer and Woods together for the opening two round of the Dubai Desert Classic.

But Woods arrived in Dubai not having won anywhere in 14-months since capturing the 2009 Australian Masters title.

Despite Woods’ winless streak continuing, O’Meara believes he can still get back to his winning ways – just not what everyone was accustomed to last decade.

“I haven’t seen much of Tiger, not since last December since I played in his event in L.A,” said O’Meara.

“But knowing Tiger as well as I do, I believe in my heart that Tiger has been great for the game.

“He’s brought a tremendous amount of excitement, a lot of notoriety to the game that maybe 12, 15 years ago was not there.

“So everybody has benefited from that, including Tiger.

“But as everyone knows, it’s in Tiger’s DNA to win golf tournaments and play and compete. “He’s a competitor.

“However in saying that, golf is a lot about confidence and confidence comes from seeing good play.

“Let’s just let Tiger play and figure it out.

“He’s just too great an athlete not to get back closer to where he once was.

“Will he dominate like he did? Probably not because other players have all stepped up their games a lot, and that had to happen.”

A year ago, Tom Watson was in Dubai slamming Woods for his indiscretions saying Woods ‘messed-up’ and that he should ‘take responsibility for his actions and should humility to his fans’.

However a year on, O’Meara believes people should forgive and cut Woods some slack.

“I realise what has transpired in Tiger’s life the last year-and-a-half has been difficult for him and his family which would have an effect on one’s game in a professional career,” said O’Meara.

“But slowly and surely, I believe he’s starting to play well again because that’s also good for golf.

“I’m not a huge historian of the game, but I am a huge Tiger Woods fan and what he’s accomplished in the game has been tremendous.

“And it’s good for golf when Tiger plays well, so hopefully this year will be a good year for him.”