As Tiger Woods prepares for yet another return to golf the arguments continue to rage – can he win another major? can he win, again – anywhere?

Will the old Tiger ever re-emerge and dominate golf once again? 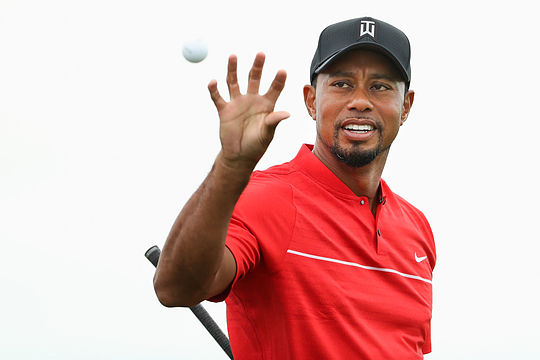 Evidently Tiger answered that question for himself…and sadly the answer is no.

Why? Because Tiger himself admits his knees are pretty-much ‘trashed’, as he puts it.

While it seems a distant memory, the Woods of that era mentioned above was quite simply described as ‘a ball of unrelenting power’.

Thanks to his then swing coach Butch Harmon, Tiger’s power, and of course his touch as well, used to incinerate everybody in his path.

And there’s no doubt that swing did have a deteriorating effect on his body – and more specifically his left knee.

That prompted necessary changes and in 2003 Woods made one of the biggest decisions of his career when he chose to end his association with Harmon.

Now those close to him admit it was more by necessity than choice.

Under the tutelage of another renowned coach Hank Haney, Tiger changed his swing to make it more graceful and a lot easier on his body.

He then went out and won his next six majors using that move and in doing so boasted the best PGA Tour win percentage of his career…and also kept injuries at bay for near enough to six years.

Now Tiger admits how important that was in keeping his career on the rails.

Speaking on a US podcast, Tiger spoke honestly about why it’s not as simple as going back to his 2000 swing:

“My knee is trashed from all those years of playing that way.”

“I’ve had four operations on my knee.”

“Forget when my back was bad; pre-surgery and pre-back problems, people were saying the same thing: ‘Why don’t you go back to 2000?’”

“I can’t; my knees trashed from playing that way, I can’t do that anymore.”