Trump for President and now Bubba for Mayor?

He jokes around a lot, but there is definitely a serious side to two-time US Masters champion Bubba Watson.

And Bubba is so enamoured with his old home town of Pensacola in the US that, believe it or not, the big-hitting American might one day consider running for mayor. 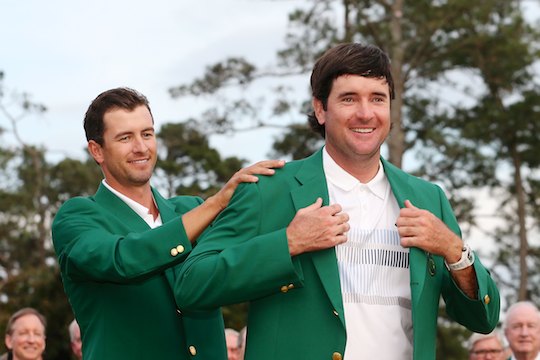 And when you look at the business interests he already has in Pensacola that is hardly surprising.

Last year Watson became part-owner of the Pensacola Blue Wahoos, a baseball team affiliated with the Cincinnati Reds. Then this year he opened a candy store appropriately named Bubba’s Sweet Spot in Pensacola.

“What American doesn’t like chocolate?” he said at the time. “For me, this was something fun.”

Watson’s next business ‘venture’ was in a car dealership, Sandy and Bubba’s Milton Chevrolet, along with a robotics company in Pensacola that makes everything from military equipment to toys.

He has also invested in a few golf courses and is currently involved in an apartment complex being built in Pensacola.

Now Watson admits he has had a “dream”

“I dreamt I moved back in the city limits of Pensacola [Florida] so one day I can run for mayor,” he explained at a press conference last week.

“It’s funny, I say to my friends, I say to my wife, to my manager, to my team that if you say ‘Bubba Watson the golfer’, then you’re limiting who I am, who I want to be and who I think I am. These other businesses are fun…golf is fun…the golf is great.

“But there are other things I want to do. I have other dreams. Golf made it possible. [And] luckily for me, haven’t had bank loans…I’m able to pay cash for these things.”

So when his golf career is over – and let’s not forget Watson once said if he ever became world No.1 he might call it quits, he just might run for mayor of Pensacola, Florida.