If you’re good enough, then you’re old enough. And at 19, Hannah Green is about to prove that.

Australia’s newest professional is a mere 19-years-old but the Western Australian has already consistently tested her game alongside some of the best professionals in the world. 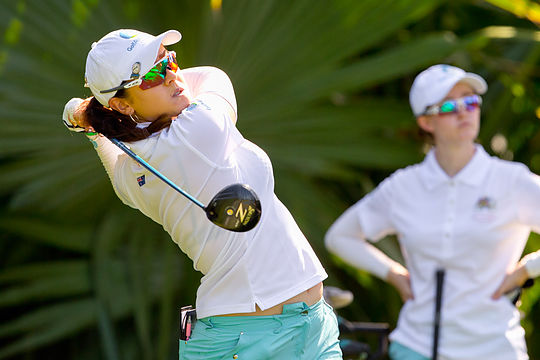 That proved to the Mount Lawley (Perth) amateur that she could take them on in the professional game as well bringing to a close her fabulous amateur career that included representing Australia at last month’s World Amateur Championship.

And the US Tour beckons, with two of her former amateur team-mates Minjee Lee and Su Oh already making their mark on the LPGA since turning professional.

Green, a six-time West Australian state representative will tee up as a pro for the first time at the second stage of the LPGA Tour’s Q-School in Venice, Florida next week.

She was able to bypass the first stage by virtue of her world ranking being inside the top 400.

Still she has played in quite a few pro events including finishing runner-up to world No.1 Lydia Ko in the 2015 ISPS HANDA New Zealand Women’s Open.

She also finished low amateur at the ISPS HANDA Women’s Australian Open before being leading Australian and T12 at the Ladies Masters.

“Doing well in those events showed me I was closer to making the transition than I’d previously thought, so it’s time,” said Green.

“I need to go and compete at that level and test myself against the world’s best players more regularly.”

Another prompter was working behind the counter at the pro shop at her home club, Mount Lawley:

“Don’t get me wrong, I love the club and the people, but that’s not part of the golf industry I’m ready for just yet,” she said.

“Working behind the desk for four hours really showed me I needed to work hard so I can keep playing.”

Green, a dual winner of the Karrie Webb Scholarship, said exposure to the top players, and friendships forged around the world, had helped ease her mind about the transition.

“I’ve gotten to know Karrie a bit and she’s been awesome, plus knowing Minjee and Su is going to be helpful if I can get to that tour.

“I’ll obviously be nervous about it, but now I think I won’t be intimidated and that’s going to be really important to my golf.”