Wallis fires world record round of 59

Golfers just keep raising the bar – or, in this case, lowering it!

Now English golfer Richard Wallis has fired a unbelievable round of 14-under-par, albeit on a par 73 golf course, to set a new mark for low scoring – and one that has now been acknowledged by the Guinness Book of Records. 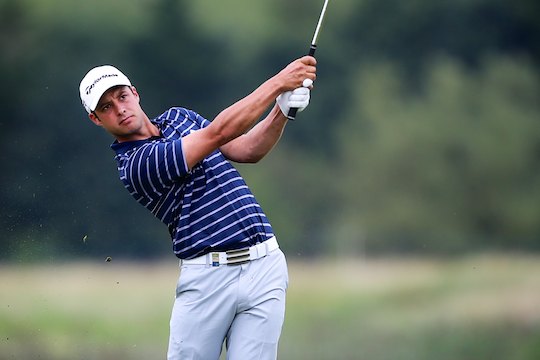 And what makes it even more remarkable is that Wallis had just 20 putts in 18 holes in shooting 59 off the stick.

It was the lowest below-par score in a single round of a professional tournament ever recorded.

It has taken a few months for the round to be actually certified, hence the lack of publicity.

“When I first shot the score my first thought was, that’s a ‘Play Station’ stuff,” he said.

“It took a couple of days and probably after a bit of the hype that what I had achieved began to sink in.”

“Dreams are made of such things. I literally felt on top of the world.”

When quizzed about when the realisation that he had something special brewing began to hit, Wallis said it began to dawn on him after 15 holes.

“I had started birdie-par-par, so it was really quite a soft start,” he said.

“Then I missed three-footer on 16 and I thought I had skuppered it.”

“But a birdie finish brought it back to life!”

Wallis said a lot of people had asked him if it was an easy course.

“This course is your typical Surrey course, narrow, heavily tree-lined fairways with small greens,” he said.

“The only benefit with small greens is, when you hit them, you’re likely to be close.

“I missed one green and only had 20 putts for the day.”

“Even on the easiest of tracks you’ve still got to hit the shots and make the putts.”

Amazingly, Wallis felt like his score could actually have been a little better and might one day be beaten.