Watch and learn from our Tour winners this summer

Over the next month, fans will be treated to an unprecedented homecoming of local stars who have won big in 2014 where it matters most – on the PGA Tour.

We may not have picked up a Major this year and our second highest ranked player – Jason Day – will be missing in action as he nurses his body back to health, but the array of stars who will appear in our big events before Christmas have between them captured the largest bounty of trophies in a single year by a group of Australians on Tour. 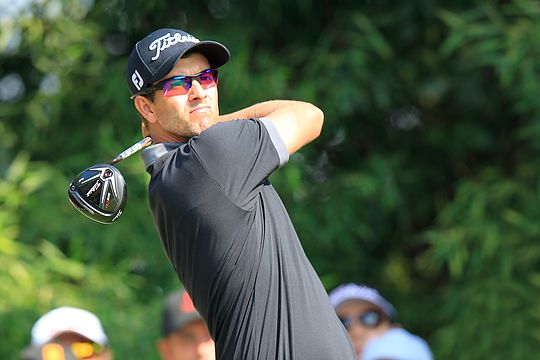 Headed by world number two Adam Scott, who will defend titles at the Beteasy Masters at Metropolitan and the Australian PGA Championship at RACV Royal Pines, six Australian players won in the U.S. beginning with Day’s heady victory in the WGC-Matchplay Championship in February.

John Senden won shortly after at the Valspar Championship in Florida, Stephen Bowditch followed suit two weeks later at the Texas Open and Matt Jones backed it up the following week with a miraculous pitch into the hole to win the Houston Open.

Scott also won in Texas at the Crowne Plaza Invitational and Geoff Ogilvy returned to the winner’s list at the Barracuda Championship in Reno right before the FedEx Cup Playoffs.

Only Marc Leishman among the top tier of our best ranked players missed out in 2014, although the big Victorian won’t be missing from the winning circle for too long.

All except Day will be on show at one or more of the big events on our schedule and when you factor in veterans Stuart Appleby, Greg Chalmers, Robert Allenby and Brendan Jones, the next month or so is an opportunity not to be lost for Australian golf fans.

Getting up close to watch players of this calibre as they do battle with world number one Rory McIlroy and American star Jordan Spieth at the Australian Open, for instance, is not only going to be great entertainment but a priceless opportunity to learn what it takes to compete against the best in the world.

It’s also a goldmine in terms of tips to improve our own games – if you watch and listen carefully.

All have different approaches to the game, different swing speeds and body shapes, all of them putt the ball in different fashions and have various practice routines. No matter your age, hang around these guys at the range and on the putting green and soak it all up.

Watch and admire their swing tempos, the acceleration through the ball at impact, the lack of extraneous movements in their golf swings and chipping actions, analyse their course management and decision making processes.

There’s no doubting Adam Scott’s swing – and you can bet your life he’ll be in a ‘World No. 1 and 2’ pairing with McIlroy in Sydney – is one to marvel but make sure you take the kids down to see the underrated Senden’s languid yet powerful motion too.

Senden never looks to hit any shot at more than 75% of his capacity, although coach Ian Triggs assures that he has plenty up his sleeve when he needs it.

Sydney boy Matt Jones is an exercise in picking his shot and getting on with the job quickly, not second guessing himself and letting doubt creep in.

Steve Bowditch’s quick rhythm and textbook chipping and putting techniques are a contrast in style to Geoff Ogilvy’s tall, willowy action, although he too possesses exquisite chipping and pitching skills. You don’t win a U.S. Open and three World Golf Championships without them.

McIlroy, Scott and Spieth will quite rightly dominate headlines and the lion’s share of galleries at the Australian Open but don’t forget the support acts this year as the tournaments move from Melbourne to Sydney and finally to the Gold Coast.

There are world class offerings at each event this summer and Australian fans should be out in numbers, proud that the vast majority of them are from our shores.