Watson says McIlroy needs to rid himself of doubt

Eight-time Major winning Tom Watson declared Rory McIlroy needs to rid himself of the ‘cancer’ of doubt that’s growing in his game.

The 71-year-old Watson has become the latest among golf’s greats to share his views on Rory McIlroy. 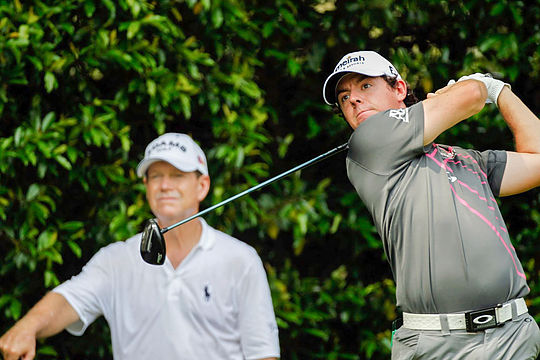 We’ve had so many passing on their opinion on the downturn in McIlroy’s game from fellow Irish Padraig Harrington and Paul McGinley to Andy North and Curtis Strange.

Now Watson’s been asked to throw in his two bits worth.

“I just think he (McIlroy) needs to find that winning golf swing, or that belief in his golf swing, that he needs to win”, said Watson told the PA news agency.

“Sometimes you have a slight doubt and that doubt grows as a cancer, and you’ve got to eliminate that cancer, that thought that ‘I just don’t have it this week’”.

Watson does know what he’s talking about in a 70-tournament winning career than included five Open Championships, two Masters green jackets, a US Open but falling short of winning the Grand Slam with a T2nd at the 1978 PGA Championship.

“You need to be able to rely on your short game. I could rely on my short game, the up and down,” said Watson.

“I won an Open Championship there at Birkdale in ’83. I wasn’t playing particularly well, but I had a strategy to play the golf course and I made the putt at 16 in the final round and it put me in position to win.”

“That’s what Rory has to do. He has to go in there and find something that’s going to give him the confidence that ‘Yeah, I’ve got it now’, a light switch goes on in the golf swing.”

McIlroy returns to competition at tomorrow’s Jack Nicklaus-hosted Memorial after the disappointment of a T49th finish at the PGA Championship.