Wenchong cashes in on superb season

China’s Liang Wenchong signed off on a remarkable season to win OneAsia’s 2010 Order of Merit after yet another great finish at the season ending Australian PGA Championship.

The Tour’s three-event minimum placed Liang at the top of the moneylist after his inspiring six-event run, which earned him US$560,737. 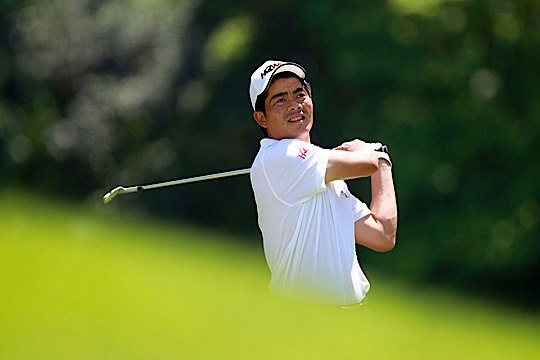 Wenchong cashes in on superb season

He had emerged champion at the Luxehills Chengdu Open and Thailand Open, and finished runner-up in the Indonesia Open presented by Enjoy Jakarta. He has since kept on the upward climb with strong placings at the Midea China Classic (8T), Australian Open (24T) and Australian PGA Championship (12T).

“I am very happy and honoured. This is something that China supports and that gives me even more pride to take this trophy home,” Wenchong said.

“This win will be encouraging for the development of golf back at home.”

The Tour’s three-event minimum was put in place at the start of the season after OneAsia had doubled in size, in order to encourage the success of regular players on the Tour. And Liang, the highest ranked Chinese player in the world, has become one of OneAsia’s biggest advocates in China.

“This is all about building a better Tour and getting the countries together to have better opportunities for younger players, so that they have a better chance for their future,” he said.

“If younger players want to improve, they need to come to more of these events, and play overseas with other professionals …. I have learnt a lot from playing with Australia’s leading players these two weeks. This is the path they need to take to get better.”

OneAsia’s renewed eligibility structure for the 2011 season will seek to further clarify and simplify eligibility for top players across the region, as well as continue to enhance the opportunities for supporters of Asia Pacific’s professional tournament destination for elite players.

The Tour will stage a total of 15 to 17 elite tournaments across the Asia Pacific for the 2011 season. Thirteen events have already been confirmed on OneAsia’s preliminary schedule for 2011, with further additions to be made in the coming weeks and months.

OneAsia kicked off the First Stage of its first-ever Qualifying School in Australia last month, with its China-leg to follow this month.