At the peak of his powers Ian Baker-Finch was regarded as one of the world’s great putters.

And it won him an Open Championship – at Royal Birkdale in 1991. 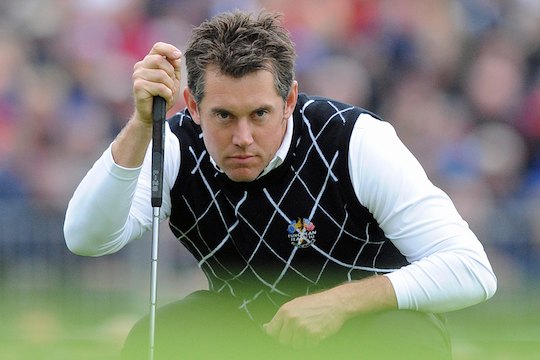 So it’s hardly surprising the man many rate as the world’s best player without a major championship, Lee Westwood has gone to “IBF” seeking help with his putting.

Westwood feels it is the only piece of the jigsaw missing from his golf game.

And he has told Baker-Finch he wants to “putt like a 10-year-old again”.

While much of his golf game has deserted him, Baker-Finch’s putting prowess has never wavered.

And when Westwood moved into a house close to the 53-year-old in Palm Beach Gardens, Florida, Baker-Finch’s impeccable stroke caught his eye.

“Ian’s a neighbour of mine and when we’ve played together I could see why he was known as a wizard on the greens,” said Westwood.

“I had a session with him last week and it was a bit of a light-bulb moment.

“It was more about feel than technique, gripping it more lightly and loosening everything up.

“It’s a mental thing. I need to go out there feeling comfortable and he’s trying to get across a way of softening everything so I hit putts like a 10-year-old.”

“We all wish we could putt like we did as kids and I’m going back to the clown’s mouth and windmill.”

While some might suggest his best years may be behind him at the ripe old age of 40, Westwood has been buoyed by his good mate Justin Rose’s win in the US Open and plans to give himself every opportunity to contend in the third major of the year.