It’s one of those stories you tell over a few beers – a ‘Seve’ story. Any golfer over the age of about 45 would probably have one – or heard one.

And I remember having that magic moment on one of those old VHS tapes we watched, long before DVD’s came along. 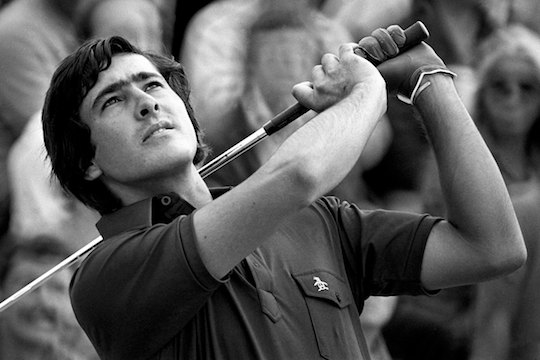 Seve Ballesteros was playing in a Ryder Cup match – I don’t remember who it was against but it was being played at The Belfry in England.

There’s a famously shortish par-four there with water winding across in front of the green.

Most of the players in the early groups had laid up with an iron and many of them still walked away with birdies.

He arrived on the tee with the honour, pulled out the driver and promptly smashed it between the trees and onto the green, to the roars of the crowd.

He turned around, shot his driver back into the bag and pulled his putter straight out in one swift movement before turning to his opponent with that ‘Ok, your shot’ look. It was priceless and one of the greatest moments in matchplay that I had ever witnessed.

I can’t even remember if he won or halved the hole – but I remember he did win that match.

Seve gave us some great moments in golf and was my first real golf idol.

I even named my cat after him.

Seve and I were the same age and his death last month really put things into perspective for me: Made me realise I really should play more golf.

I was wide awake again in the middle of the night when Seve achieved one of his greatest victories, the 1984 British Open at St Andrews, the Home of Golf.

It is still my most endearing memory when he holed that birdie putt on 18.

It should have missed on the high side, but Seve willed it in – and it dropped.

The Spanish ace punched the air with delight and then gave a one-arm raised salute in three directions for the crowd.

His death, at the age of 54, is right up there beside the death of another former major champion, Payne Stewart, as one of the saddest days in golf that I can recall.

And as one commentator pointed out – he is the first truly great golfer to die at such a young age of natural causes – in more recent times.

I regret we didn’t see more of Seve playing in Australia.

He played a couple of Australian Masters titles and I definitely remember going to watch Seve play in Sydney at The Australian when we were both in our 20s.

Such was the charisma of the guy that he drew a tremendous crowd even though he didn’t play his best golf that week.

One thing about Seve: he always had an excuse if something wasn’t working.

But despite all those tales in recent weeks about his wayward driving and occasional temper tantrums, let’s not forget he won five major championships – three British opens and two Masters titles.

You just don’t do that unless you can flat-out play. That’s three more majors than Greg Norman won, two more than Ernie Els – and so on.

He was also one of European golf’s first superstars – collecting 87 career titles.

Any of today’s stars will tell you he also was the crucial ingredient in Europe’s rediscovering its love for the Ryder Cup.

His passion for the Cup and winning it for Europe, knew no bounds.

He retired from tournament golf in 2007 with back problems and we never again got the chance to see his genius in action before he was tragically struck down with a brain tumour the following year.

It eventually took his life. And we won’t ever see another one like him. At least in my lifetime.