Whitney Hillier has announced her decision to turn pro and will make her professional debut at the Korean LPGA Tour this week in Laguna.

Hillier’s announcement caps off a stellar amateur career that dates back to 2007 when she won the Australian Junior Amateur Championship and announced herself on the Australian ama- teur scene after her victory the year earlier at the St Andrews Junior Ladies Open in 2006. 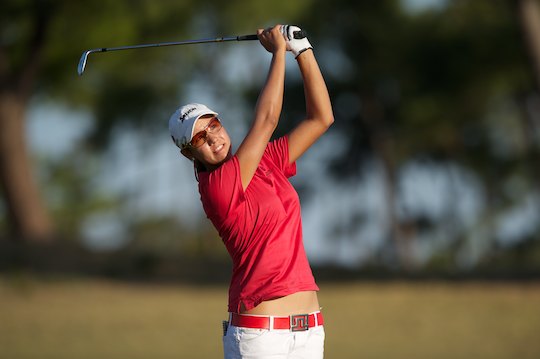 Hillier has used Joondalup Country Club in Perth’s northern suburbs as her base, where under the watchful eye of David Milne, she has honed her game to prepare for the the next stage in her career.

Lawrie Montague also has helped Hillier with her game.

“I just want to get out there and make the cut in the bigger events, also I want to learn a lot,” says the 21-year-old Hillier.

“If I’m not nervous about all this, then I’m not normal. But I simply love the thrill of competition and striving to win.”

The big league awaits Hillier and she is not one to shy away from the challenges or from the hard work required to make it to the next level.

Her approach is not for the fainthearted and one that is to be admired.