Williams progressed to the quarter-finals of the 2012 US Amateur Championship at Cherry Hills Country Club in Colorado at the weekend before being knocked out by eventual winner Steven Fox. 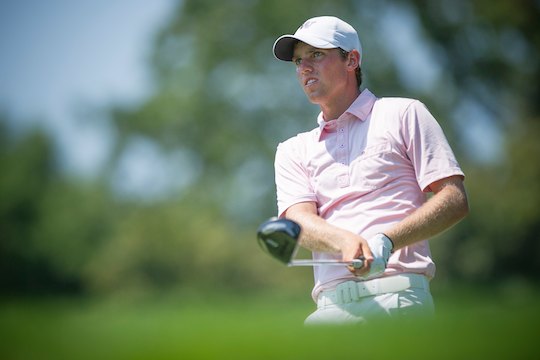 Williams finished ahead of a clutch of exciting young amateurs, including compatriots Jordan Spieth, Justin Thomas and Bobby Wyatt, last year’s Asian Amateur Champion Hideki Matsuyama from Japan and Daan Huizing from the Netherlands, to win the medal.

The Mark H McCormack Medal is awarded annually by The R&A and the United States Golf Association (USGA) recognising the leading player in the rankings following the European Amateur or the US Amateur, whichever finishes last.

Williams’ performance at the US Amateur capped an excellent season for the University of Washington senior who won the Western Amateur earlier this month while also taking medallist honours there.

His other victories are the NCAA Southwest Regional and Washington State Amateur. He was awarded 1st Team All-America honours by the Golf Coaches Association of America.

The 21-year-old from Moscow, Idaho, also represented the USA in the Palmer Cup team at Royal County Down, with a 3-1-0 record.

In 2011, Williams won the Sahalee Amateur Players Championship and the Pacific Coast Amateur, was medallist at the Western Amateur and qualified for the US Open at Congressional, where he missed the cut by two shots.

He was part of the USA Walker Cup Team and he recorded a 2-1-0 record. He was a second-team All-American in that collegiate season.

“It’s a huge honour. My teammate Nick Taylor won it a few years back. I never dreamed I’d be winning it three years later.”

“My friend Patrick Cantlay won it last year. I never thought I’d be in the same circle as those guys. It’s truly an honour. There’s tons and tons of good players and to be on top of that ranking is something I definitely cherish.”