When the PGA Tour says ‘These Guys Are Good’, Tiger Woods doesn’t count himself in that group.

Woods believes his game is not at tournament golf standard and has decided he is not going to compete again until his game is back to where it needs to be. 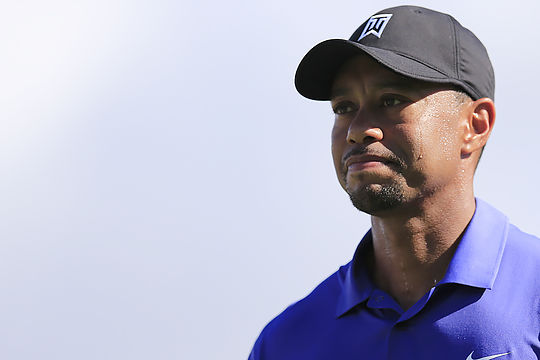 The 14-time Major winner shot an 80 to finish last in December’s Hero World Challenge then in the recent Phoenix Open, and his first event of 2015, he shot an 82 – his worst pro career round.

A week later he withdrew on the 12th hole of the Farmers Insurance Open due to injury.

And after dropping outside the top-50 on the World Rankings for only the second time in his pro career it means Woods has missed out on qualifying automatically for next month’s WGC – Cadillac Championship.

Woods said Wednesday on his website that the injury is not related to the back surgery he had last spring. He says he is having physical therapy every day and feeling better.

But the American says he needs work on his game and while he wants to play at the Honda Classic later this month he won’t play if he’s not tournament-ready.