Woods happy to ‘clear the air’ with Tom Watson

World No. 1 Tiger Woods declared he would welcome any move to sit down with USA Ryder Cup captain, Tom Watson and ‘clear the air’ before next year’s Ryder Cup at Gleneagles.

Watson was extremely critical of Woods in the months following revelations in late 2009 of Woods’ many extra-marital affairs. 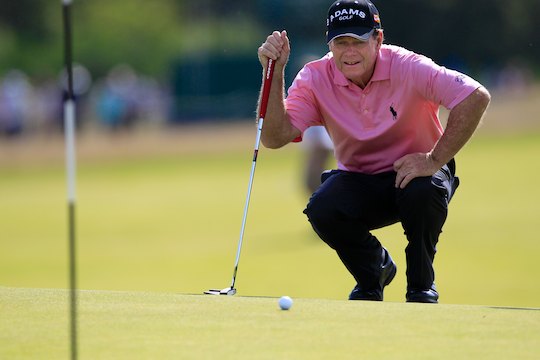 And at the recent ‘One Year to Go’ celebrations in Scotland ahead of the 2014 Ryder Cup, Watson again indicated: “I have not talked with Tiger privately and I will have to sit down and have a conversation with him”.

Woods was questioned on the subject this morning as guest of honour at a packed press conference ahead of tomorrow’s (THUR) commencing $7m Turkish Airlines Open.

The event is the third in the European Tour’s Final Series and with Woods being the only non-European Tour member competing this week inn the 78-player field taking to the Colin Montgomerie designed course.

“No, we haven’t spoken yet but I am sure as we have another year plus or about a year ahead of us, so there will be a lot of time between now and then to talk,” said Woods.

The 14-time winner instead spent the week after his Match at Mission Hills against Rory McIlroy attending to corporate engagements as well as hosting junior clinics in the Macau and Singapore.

Giles Morgan, Head of Global Sponsorship with banking giant, HSBC last week indicated Woods’ absence at Sheshan Golf Club is ‘something, from the tour’s point of view, that needs to be looked at.”

Woods appears on the front cover of most Turkish newspapers this morning following yesterday’s historic occasion when the visiting American became the first ever golfer to hit a golf ball from the Bosphorus River bridge that links the European continent with Asia.

Traffic was stopped for 30 minutes as Woods hit golf balls down three lanes of the six-lane suspension bridge.

“Tell you what, I have never done anything like before,” said Woods.

“I’ve hit balls down the runways at airports before but never down a bridge. The scary part was, and after I had been travelling for 12 hours, was to hop off the plane and have to hit driver down the narrowest fairway you’ve ever seen.

“The wind was coming off the left a little bit and all these cars were driving on the right.

“There could have been an international incident right there (smiling).

“So that was a little bit nerve-wracking. Trust me as every ball I hit drew but it was pretty cool.

“Someone there was telling me that I hit one about 550 meters so that was really cool.”

Woods is competing in Turkey for a second year running after being a member of the elite number of golfers who participated in last year’s Turkish Airlines Invitational and an event where most players, with Woods an exception, wore shorts.

“We had a fantastic time last year but then it was a different format as we played match-play, and it was an occasion where a couple of the guys wore shorts and worked on their tans,” he said.

“However this week has now turned into one of the biggest events on the European circuit so I am excited to be here and excited to go out and take a look at the golf course today.”

While Woods has won five times this year on the PGA Tour to again be crowned Number One he will tee up tomorrow alongside Sweden’s Henrik Stenson and the current European No. 1 along with reigning US Open winner Justin Rose, looking to win on the European Tour for a first time in four years.

And while Woods hit golf balls on the Bosphorus River Bridge Germany’s Martin Kaymer and Italy’s Matteo Manassero tonight (local time) will hit golf balls from the roof of this week’s host Maxx Royal Hotel to targets into one of the hotels many swimming pools.