You could argue the horse bolted long ago but Tiger Woods is finally doing something he should have enacted long ago and that’s to interact more with his fans.

Commencing at the recent Wells Fargo Championship the former long-time world number one began taking questions from the public rather than just from the world’s golfing media. 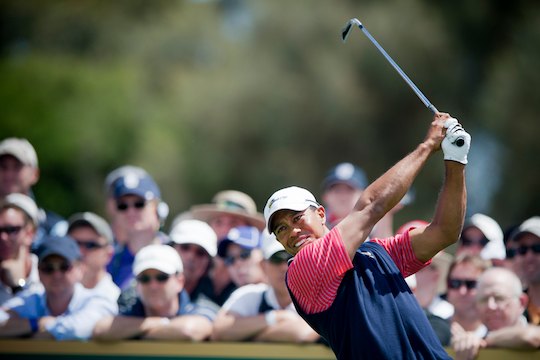 Woods is giving up his typical pre-tournament press conference to answer questions from fans submitted through social media channels and Woods will answer those questions put to him in a video posted on his website.

“We’ve been thinking about this for a couple of months now,” said his agent Mark Steinberg.

“We wanted to have a little bit more direct interaction with fans, and they’ve been very good to him over the years. We’re probably a little bit behind with social media and this is a way to do that.”

Given Woods’ enormous stature in the game, the usual procedure is for him to invariably attend a pres-tournament press conference no matter where he competes.

Steinberg said this new arrangement will not cut out pre-tournament press conferences and Woods will also oblige in talking with the media after each round.

But it is believed the practice of choosing fan questions over a press conference is unprecedented in golf, but Woods has conducted these types of question-and-answer sessions in the past through Twitter and Facebook.

“It’s just a chance to have him interact more with fans,” added Steinberg.

For the greater part of his career Woods has been virtually unapproachable given he is continually ringed by security personnel.

And Woods lost millions of fans around the world two years ago with revelations of his extra marital affairs.

Whether Woods can regain that loyalty with this new initiative remains to be seen.