Woods reveals he can’t stand some parts of his game

Surely a 15-time major champion with 109 worldwide victories would be happy with their swing?

Well, not according to the man himself, with Tiger Woods revealing that there are parts of his game that he “can’t stand”. 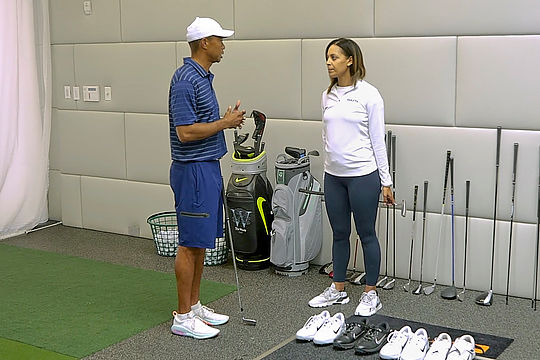 “There’s certain aspects of my game I can’t stand. Because I’m left eye dominant, I always keep my head down. I’ve never turned it through. You know when I see it on video it drives me absolutely nuts,” said Woods.

The revelation came during the first episode of a 13-part series on Golf TV called “At Home With Tiger”, which was shot at the indoor driving range at his home in Florida.

“It’s like when Byron Nelson, who was talking about all of his golf swings and what he did, you know, through the golf ball, what he felt, but he would never show this part of a swing because he couldn’t stand it.”

The all-new series went to air as Woods prepares for The Match: Champions for Charity, which will mark his first return to professional golf since the Genesis Invitational in mid-February.

Woods will again join Phil Mickelson but this time the pair will be joined by NFL legends Tom Brady and Peyton Manning.

The 18 hole match-play event will be broken down into a front-nine four-ball format while the back nine back-nine will feature a modified alternate shot format.

The Match: Champions for Charity takes place this Sunday 24th May in the US.