While everyone lamented how tired Tiger Woods appeared to be at the British Open, the Masters champion has declared he’s ready to get back into action and will play the first two FedEx Cup playoff events in coming weeks.

That begins with this week’s Northern Trust Open in New Jersey. 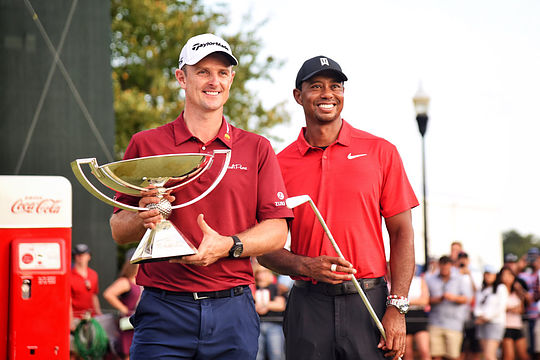 The former long-running world No 1 did admit after missing the half-way cut at Royal Portrush that he was looking forward to heading home to rest before gearing up for some important end-of-season events.

“I’m taking a couple of weeks off to get ready for the playoffs,” said Woods.

“We’ve got the playoffs coming up, and anything can happen.”

“Last year I almost stole the whole FedEx Cup at the very end. If it wasn’t for (Justin Rose’s) little break there at the bunker, it could have been interesting.”

“So I’ll get ready for those events and after that take a break.”

Even though Woods declared at the end of last season that he would be more ‘choosy’ and play fewer events this season, he still has a fairly full book of commitments, including, of course the Presidents Cup at Royal Melbourne in the second week of December.

While Woods is captain of the US team for that event, he makes no secret of the fact he wants to play in it as well.

And while he’s bound to make his presence felt in the FedEx playoffs, he will also be heading for Japan to contest the inaugural ZOZO Championship from October 24-27.

There have also been reports he will play in a Skins event in Japan alongside Jason Day, Rory McIlroy and Hideki Matsuyama in the same week as the Japanese event.

Oh, and let’s not forget the Hero World Challenge which Tiger himself hosts in the Bahamas from December 4-7, before he heads Down Under.