That’s right. The man, who has played just three tournaments all season and made one cut, has won the PGA Tour’s Player Impact Programme again.

Introduced in 2021 as a way to compensate the most influential players on the PGA Tour, Tiger Woods has now taken out the top spot two years in a row. 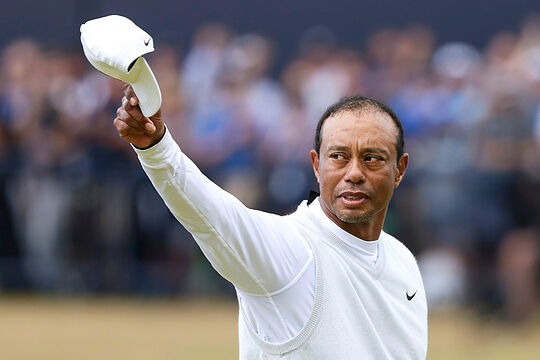 The 15-time major champion earned a $15 million bonus from the pool of $100 million, up from the $8 million in the $40 million pool in its inaugural year.

Meanwhile Rory McIlroy must be wondering what he needs to do to attract more eyeballs. Amongst his many achievements this season, the 33-year-old won his second RBC Canadian Open, third Tour Championship and second CJ Cup as well as topping the moneylists on both sides of the Atlantic (only the second player in history to do so) and moved back to World No.1.

Like many players over the past 25 years, McIlroy will have to settle for second place behind Woods and the $12 million that goes along with it.

Five of the players that made the top-10 last year – Brooks Koepka, Dustin Johnson, Phil Mickelson, Bryson DeChambeau and Bubba Watson – have moved to LIV Golf and are therefore out of contention.

And don’t think the players have it too easy. The bonuses have a few strings attached. 25 percent of the winnings are paid at the start of the 2023 but the rest is dependant on various conditions including the new mandatory 20 events requirement, which if Woods remains on the sidelines, is going to limit any chances of him winning for the third time in a row next year.