Former world No.1 amateur, Viktor Hovland, has moved to the pro ranks after signing with PING.

Hovland, who tied for 12th at last week’s US Open and in the process set the record for the lowest 72-hole score (280) by an amateur in the event’s history, is making his debut as a PING staff pro at tomorrow’s Travelers Championship. 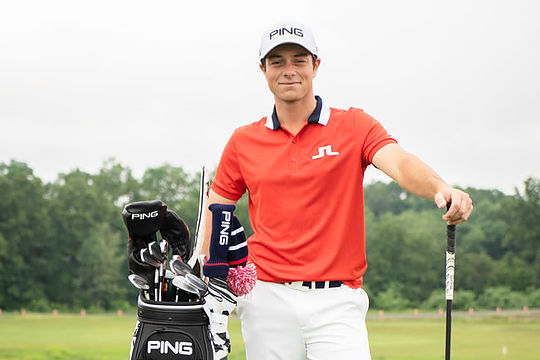 “Joining the PING staff is really exciting for me as I’ve always had tremendous respect for the company and what it represents.”

“The technology behind the equipment and the service they provide allows me to focus on getting better and not worrying about my equipment. The Norwegian connection is also really cool.”

“Karsten Solheim and his family have done so much for the game of golf. I’m honoured to be part of their golfing family and look forward to working with them as i begin my professional career,” said Hovland.

A three-time All-American for Oklahoma State University Cowboys, Hovland won the 2018 US Amateur by 6&5 over Devon Bling at Pebble Beach, earning him an invitation to the Masters and US Open this year.

He took full advantage of his Masters appearance in April, winning low-amateur honours by finishing in a share of 32nd place, which saw him move to world No.1 amateur.

By finishing low amateur at the US Open, the 21-year-old also became the first player in more than 20 years to hold the distinction of being low amateur in both events in the same year.

“His talent is unbelievable and he’s already amassed a great career. His performance at Pebble Beach last week was a spectacular way to end his amateur career,” said John K. Solheim, PING President and Karsten’s grandson.

As part of his contract, Hovland will play a minimum of 11 PING clubs, including a driver and putter along with a PING Tour staff bag.