World No.1 Spieth signs with Coca-Cola

That’s because the world’s No 1 golfer has signed a lucrative “multi-year” sponsorship with the soft-drink giant. 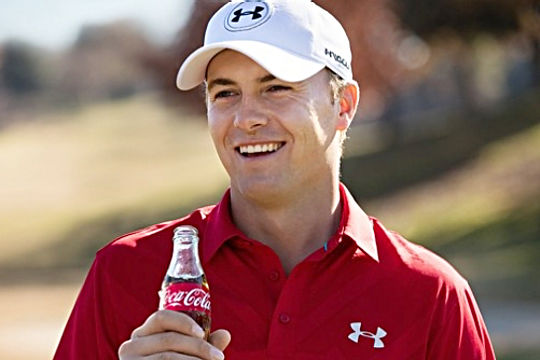 It seems Spieth’s contract will involve promoting not only Cola-Cola, but also its water brand Dasani by appearing in television commercials, digital and social media campaigns, in-store merchandising, outdoor advertising, packaging and more.

The fresh-faced and seemingly squeaky-clean Spieth does look the perfect ambassador for Coca-Cola.

And he is looking forward to this new challenge.

“As a Coca-Cola brand ambassador, I want to bring greater awareness to the sport of golf globally and engage with fans in exciting new ways,” said Spieth.

“It [Coca-Cola] is a special brand with a rich history, and I couldn’t be more excited to be a part of that history.”

Of course the fact Spieth has been an unashamed advocate of the Olympic Games did him no harm at all and would have been as tempting for Coke as anything.

“Being able to compete in the Olympics is something I’ve always dreamed of,” said Spieth.

“I have represented my country before…but to be considered an Olympian and have the chance to win a gold medal for my country would be an incredible honour.”

Spieth has already begun the year where he left off – in the winners’ circle, following his win in the Tour Championship last week.