It worked for Tiger Woods some years ago, now the current world No. 3 is certain that laser eye surgery has him on track for a big year in 2016.

Northern Ireland star Rory McIlroy hopes to be back on the course again in no time without having to wear the contact lenses that have served him so well in the past. 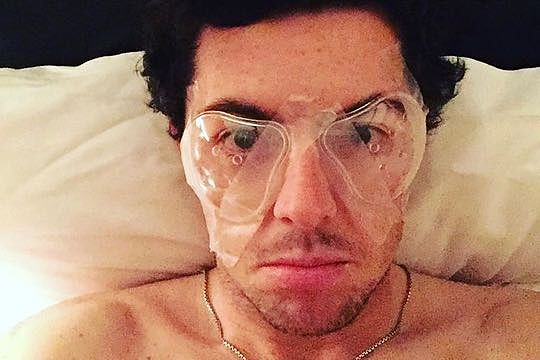 While he won’t tee it up in a tournament for more than a month, McIlroy made the most of his time away to have the correctional surgery.

He has plenty of time to get used to playing without the contacts, his next scheduled event is the HSBC Championship in Abu Dhabi from January 21.

Confident he had made the right decision, McIlroy even posted a photo of himself on Instagram sporting a pair of protective glasses taped to his face.

The 26-year-old added a caption: “Human version of the dreaded K-9 cone…Only for sleeping though!”

He went on to say that the laser eye surgery went well.

Not that his golf game needed too much “surgery”, the last time he played in a tournament was the DP World Tour Championship, which saw him score a masterful victory.

It has been a stop-start year for McIlroy, who was also sidelined for five weeks when he injured his ankle playing soccer with his mates.

That forced him to miss defending his cherished British Open title at St Andrews in July and it took the former world No 1 a few more weeks to get his superb touch back when he did resume playing.

Now it’s all systems go, albeit it with clearer vision, as he chases the fifth major championship of his career in 2016.

Victory at the US Masters in April would, of course, give McIlroy the career Grand Slam of every major championship, having won the US Open in 2011, British Open in 2014 and the US PGA in 2012 and 2014.