Annika Sorenstam knew when it was time to relinquish her spot as women’s golf’s best player. So too, did Lorena Ochoa.

Now, at the ripe old age of 17, current world No.1 Lydia Ko is suggesting she wants to be retired by the time she’s 30. 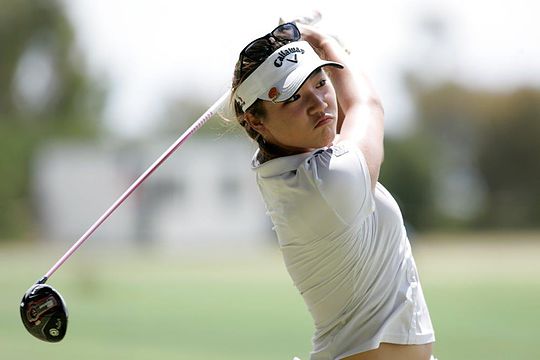 And the South Korean-born Kiwi star has revealed she intends to become a psychologist.

Ko says she intended studying for an online psychology degree to prepare for life after golf.

“I say my plan is to retire when I’m 30,” Ko said at last weekend’s Women’s Australian Open at Royal Melbourne.

“I’m not just going to go to the beach and hang out for the rest of my life.”

“There’s always a second career that comes along with it and I’m trying to build up towards it and, because I’m playing a sport, psychology links well with it.”

When Ko found herself elevated to No.1 in the world last month she broke the previous record by either gender for being the youngest-ever top player in the world by an incredible four years.

That record was held by Tiger Woods.

Ko says her mother, who travels with her from their Florida base, will keep her focused on her goals.

“Mum will get me off my iPad and phone and tell me to work hard and look at the text books,” she said.

While Ko is yet to figure in a major championship win, it looks inevitable.

“Last year I had two top-10 finishes (in majors) which was better than the year before when I had one,” Ko said.

“I’m looking for more consistency in playing majors and then one day that will give me a chance to be around the lead.”