What is it about golfers and their homes?

Maybe they have a habit of building putting greens in their backyards…or could they have the yardages to their backyard barbecue – or even the rest room already signposted! 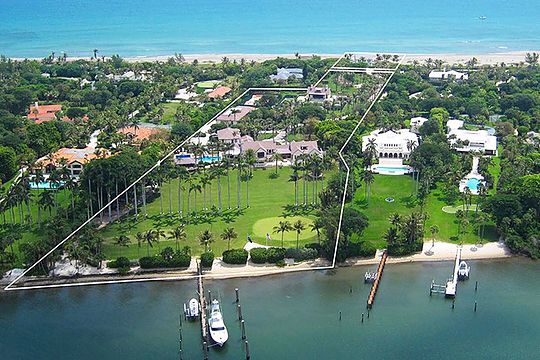 Greg Norman’s house is for sale at US$55 million

Either way their homes seem to be in demand.

And hot on the heels of Hunter Mahan’s house being sold to Jordan Spieth comes news that Greg Norman’s Florida home is now on the market too…for a cool US$55m.

By all reports Norman’s property looks much more like a resort you’d like to be visiting for a vacation rather than merely being a champion golfer’s home.

The listing states that the 8-acre (3.2ha) property stretches from the Intracoastal to the Atlantic Ocean.

The four-bedroom, seven and a half bathroom main residence is one of the oldest homes on Jupiter Island, having been built in 1902.

And even though he is now asking for $55m for the property, evidently it was listed four years ago for $65m.

And while most houses are categorised by their number of bedrooms, this property is described as having seven separate buildings.

Nearby neighbours include the likes of fellow former world No 1 Tiger Woods as well as singer Celine Dion.

It’s not known where the Shark intends to move to, although it’s unlikely he would be moving ‘home’ to Australia.

Still it makes the $7m that current world No 1 Spieth paid for Mahan’s house now seem quite a bargain.