Now others are looking to follow in his footsteps via the PGA Tour Series-China…including an Australian we may yet be hearing a lot more of.

Kevin Yuan, a Sydney-born professional who began playing the game at Bankstown Golf Club, has grabbed an opportunity to play in the Chinese events after finishing inside the top 12 at the second Global Qualifying Tournament at Foison Golf Club in Guangzhou, China. 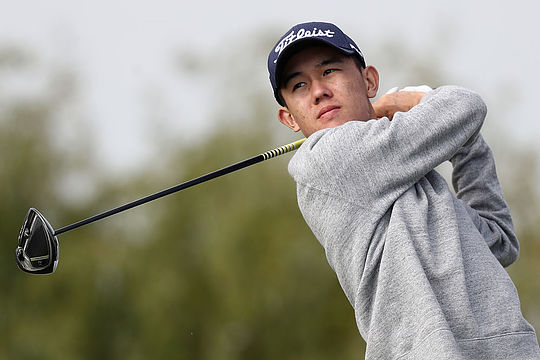 While there were six Australians trying their luck in China, hoping to forge a pathway towards their dreams of one day playing on the US PGA Tour, only Yuan was able to secure status.

A tie for fifth earning him a guaranteed six starts and the chance to play his way into an even stronger schedule.

Another Sydneysider Andy Chu made a late charge with five birdies in his final nine holes to shoot a four-under-par.

Sadly that left the Liverpool Golf Club hopeful just a shot away from earning conditional status after he had to settle for a tie for 39th.

Even Yuan had to dig deep to get himself into contention.

Still he bounced back with birdies at holes 11 and 12 before adding a string of pars all the way home to end the week at two-2-under, just a shot clear of an eight-way playoff for the final five spots.

Although only in his second year as a professional, Yuan played 12 events on the 2018 PGA Tour Series-China schedule with his best result being a tie for 17th at the Chengdu Championship.