Charl Schwartzel proved once again that if there’s one immutable truth about his game, it’s that you can be guaranteed his odds of victory are at their shortest when he’s playing at home in South Africa.

The former Masters champion was on song at home once again in his first start of 2016 with a runaway eight-shot victory in the Tshwane Open, to claim his second title of the European Tour season. 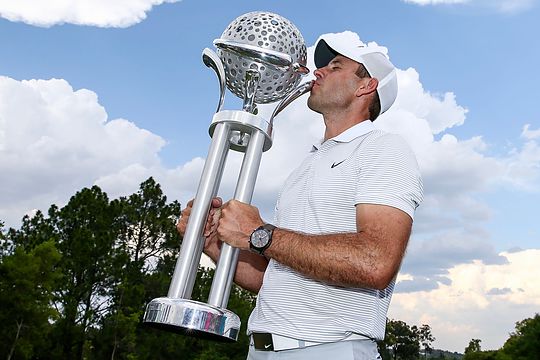 Schwartzel was impeccable during the final round at the Pretoria Country Club in carding a seven-under 63 to finish at 16-under par for the tournament. Denmark’s Jeff Winther finished second on 8-under, with Anthony Michael of South Africa another two shots further back in third place.

The South African isn’t quite cast from the Jumbo Ozaki mould, the great Japanese player was a winner of over 100 professional tournaments but only one (‘72 NZ PGA) came outside his homeland, but the Tshwane Open was Schwartzel’s eighth European Tour title in South Africa alone.

Schwartzel’s victory on Sunday was crafted on the back of some mastery on the greens that had alluded him earlier in the event.

“In the first three rounds I gave myself so many chances. If I had the stroke I had today, it probably would have been my best tournament ever,” said the 31-year old.

Perth’s Brett Rumford returned to the Tshwane Open a year on from being rushed to hospital at this event to have 30cm of his small intestine removed after a reaction to eating an apple.

The alarming incident rubbed the West Australian out of action for the better part of 2015 but he made a triumphant return in 2016, shooting a final round 66 to finish at 4-under and a tie for 7th place.

Dimi Papadatos and Jason Scrivener were the only other Australians to make the cut with both players finishing at 9-over par, tied for 63rd.