Some of golf’s biggest names have been successful at Bellerive Country Club in St Louis, the site of this week’s US PGA Championship and the final major of the year.

It’s also the Centenary year for a major which has always suffered from something of an identity crisis and is probably regarded as the ‘least-revered’ of the four majors. 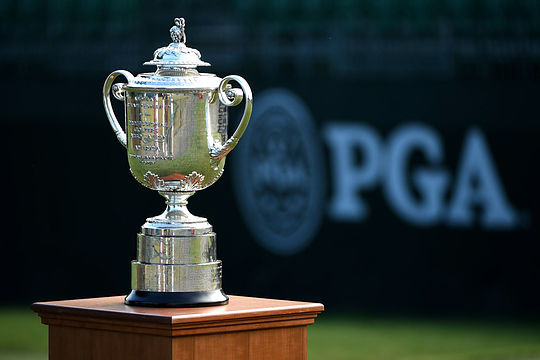 Gary Player beat our own Kel Nagle to give him the Grand Slam when he won a US Open played at Bellerive in 1965 – and promptly donated his winnings to charity.

And the ever-popular Nick Price was successful the last time the PGA was played there, 26 years ago.

The biggest difference in the course from Price’s win there in 1992 is around the greens, according to the PGA of America’s Kerry Haigh.

And that’s the short-cut zoysia grasses now in play there.

“That cut has been forged in and around many greens and into many of the bunkers, which obviously brings them more into play,” says Haigh, who adds that Bellerive features “some of the largest greens in championship golf, some 10,000 square feet (929 square metres), and certainly large bunkers.

“I feel it will provide and offer the best players in the world a lot more variety of shots to play, as it does for member play day in and day out.

One other potential change from 1992: The average high temperature for August in St. Louis is 88 degrees, but Haigh recalls showing up for work at that PGA wearing a jacket because of the cool temps.

There will be 20 club pros in the field this year, led by the winner of the 2018 PGA Professional Championship winner Ryan Vermeer of Omaha, Nebraska.

Another addition is former Queenslander Craig Hocknull, these days a club professional with Glenwild Golf Club in Park City, Utah but also known as an accomplished trick-shot artist.

The PGA has been played in every month but January, March and April, but when the 100th championship is played at Bellerive this week it will end the traditional late-summer finish to the major-championship season.

Golf returning to the Olympics kick-started a shake-up in the sport’s calendar—the 2016 Rio Games moved the PGA out of August for the first time in almost half a century—and prompted the PGA’s long-term move to May beginning next year at Bethpage.