11 Aussies tee it up at Western Amateur

The Western Amateur will once again feature one of the strongest fields in amateur golf when 156 contestants from around the world tee off starting today at Rich Harvest Farms in Sugar Grove near Chicago.

The tournament is rich in history which has seen the who’s who in amateur golf, including current world number two, Jordan Spieth, striving to win the prestigious title. 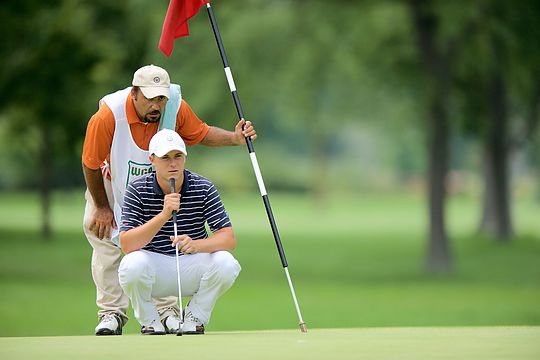 Five of the world’s six top-ranked amateurs will vie for the 2015 Western Amateur title, including defending champion Beau Hossler and 2013 champion Jordan Niebrugge, who recently won the silver medal as the low amateur at the 144th Open Championship at St. Andrews.

Cory Crawford was our best Aussie performance last year making the quarter-finals before going down to Brian Campbell on the 23rd hole, 1-down,

The Western Amateur has fallen into Australian hands before when Bronson LaCassie won the title in 2006.

Michael Sim finished runner-up in 2005 and Kieran Pratt produced a stellar result making the semi-final last year at Skokie Country Club only to be denied a finals appearance by Gregor Main on the 19th after making birdie on the 18 to force the sudden death playoff.

The field will play two rounds 18 holes of individual stroke play starting this Tuesday after which the field will be cut to the low 44 scores and ties. Those remaining will play 36 holes of individual stroke play on Thursday to determine the low 16 finishers. The “Sweet Sixteen” will compete at Match Play on Friday and Saturday to decide the champion.