12-year-old, Ye Wocheng, from China has become the youngest player to qualify for a European Tour event.

The schoolboy from Dongguan in China’s south, will play the US$3 million Volvo China Open in May after carding a first round 68 followed by a 2-over 74 to finish three shots behind Jin Daxing and Li Xinyang. 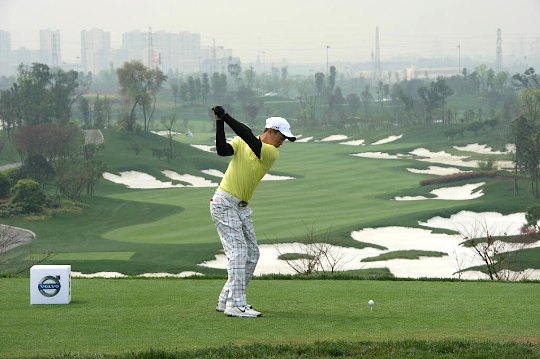 Ye, a member of the exclusive Hillview Golf Club in Dongguan, will break the record set at the same tournament last year by the then 13-year-old Guan Tianlang.

A two-time winner of the US Kids World Junior Championship, Ye also holds the tournament record of 12-under, which was previously set by Tiger Woods.

“My dad was my first coach, so I owe him a lot for starting me off and helping me to develop my swing,” he said.

“He’s a pretty good player himself – he’s off an eight handicap. He helped me realise my dream. A year ago I set out to break Guan’s European Tour record.”