You think playing 90 holes to qualify for the world’s richest women’s professional tour is a test of endurance?

Then how does a 144-hole marathon, split over two weeks and at two courses whet your appetite? 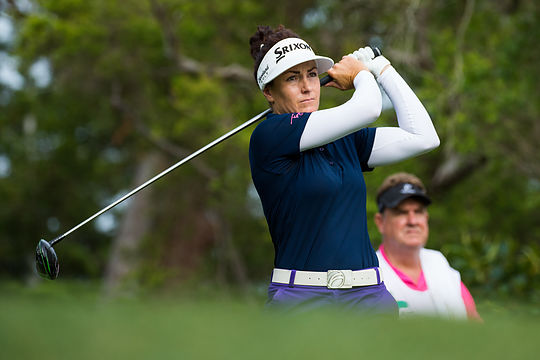 That’s what players will now face if they have any ambitions to qualify for the LPGA Tour for 2019.

It’s just been announced that the new Q-Series will replace the final stage of qualifying school and will be played at Pinehurst in North Carolina.

There will be no cut either week, and scores from the eight rounds will be added cumulatively with players splitting the $150,000 purse and at least the top 45 and ties earning LPGA status for the 2019 season.

The good news for players is that is an increase from just 20 cards available at last year’s final stage.

“What I like most about the Q-Series is that it will be a true test for how players will qualify for the LPGA tour,” commented LPGA commissioner Mike Whan.

“The playing status earned by competitors at Q-Series will be a direct reflection of eight rounds of head-to-head competition on a demanding test at Pinehurst Resort.”

The field will be rounded out by players inside the top 75 in the Rolex world rankings (maximum 10), the top five collegiate players in the Golfweek/Sagarin rankings and top finishers from Stage II of qualifying school.

The new Q-Series also includes relaxed rules for amateurs, who are now allowed to play in all three stages of the new system without turning pro.

Amateurs who earn LPGA status at Q-Series can defer their membership until July 1 of the following year, paving the way for top collegiate players to try their hand in the qualifying system and still retain the option to return to school.