The St Andrews Links Trophy is rightly regarded as one of the top amateur tournaments on the international stage and is considered the ‘second’ biggest UK tournament after the Amateur Championship.

It’s an event that continues to attract the world’s best amateurs and serves for many as a lead-in to the coveted Amateur Championship to be played at Royal St. George’s Golf Club and Prince’s Golf Club starting 19th June. 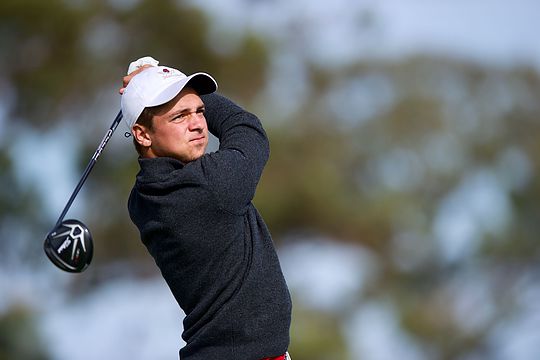 The 40 lowest scores over these 36 holes, and any tying for 40th place, will qualify for the final 36 holes to be played over the Old Course on Sunday 11 June 2017.

Sixteen Aussies have entered the championship.

Charlie Dann, who won this year’s Australian Master of the Amateurs, Australia’s highest ranked amateur tournament, makes his first UK appearance for the season along with reigning US Junior Champion, Min Woo Lee.

Keep an eye out this week for Dylan Perry, who is coming off an impressive 2017 Australian summer along with Blake Windred who recently won the St Michael’s Cup.

Stuart Bouvier is the only Aussie to win the tournament having taken the top position in 1990, but in more recent times Stephen Dartnall and Scott Arnold finished runner-up in 2006 and 2007 respectively.

Brett Coletta was the best Aussie last year finishing 9th but has since moved to the professional ranks including an impressive T25 at last week’s Memorial Tournament.

David Micheluzzi finished 14th last year and heads into the event on a back of a solid tournament last week where the Victorian secured a tied third place finish at the Scottish Men’s Open Championship at Western Gales.