19 Australians to tee it up at British Amateur

The 2018 British Amateur sees nineteen Australians teeing up at Royal Aberdeen and Murcar Links in Scotland against an international field of 269 elite men’s amateur golfers.

The British Amateur is truly an international tournament with players from 38 countries across Europe, Australia, Asia-Pacific, Africa and the Americas hoping to secure a place in the field for the 147th Open at Carnoustie next month as well as a place in next year’s Masters Tournament, by tradition, and the 2019 US Open at Pebble Beach. 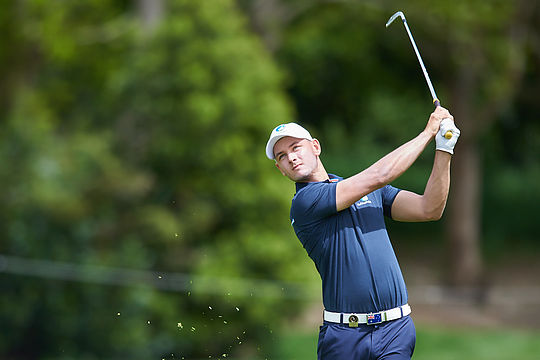 Norway’s Viktor Hovland is the highest-ranked player in the field at 5th in the World Amateur Golf Ranking. The 21-year-old plays college golf at Oklahoma State and moved into the top-10 in March after winning the Valspar Collegiate.

Australia’s highest ranked competitor this week in Scotland is David Micheluzzi (17th) who is fresh off a stellar Australian summer where he won Australia’s top-ranked amateur tournament, the Australian Master of the Amateurs, and was finalist at the Australian Amateur.

Micheluzzi finished in a share of 14th last week at the St Andrews Links trophy and will be looking to improve on his tied 67th finish last year in this event.

Dylan Perry is currently ranked 21st in the World Amateur Golf Ranking and enters with strong credentials in the British Amateur having made the final last year and reached the top-16′s in 2016.

Perry’s best international result this season was a tied 15th at the Asia-Pacific Amateur in New Zealand as well as making the top-32 at the US Amateur and is due for his first international title having previously won back in Australia the Queensland and Victorian Amateur titles as well as the Riversdale Cup.

Western Australian Haydn Barron enters this week having finished 3rd at the St Andrews Links Trophy in his second tour to the UK.

Two Australians have won The Amateur Championship since it was first played in 1885, Victorians Doug Bachli in 1954 and Bryden Macpherson in 2011.

Jim Ferrier and Tim Stewart are other Australians to have made the championship final, along with Perry, Ferrier losing to Scotland’s Hector Thomson in 1936, while Stewart lost to American Drew Weaver in 2007.

The first stage of the championship comprises two qualifying rounds of stroke play, one round on each course, before the 64 players with the lowest scores and ties for 64th place progress to the match play stage at Royal Aberdeen.

Each match will consist of one round of 18 holes except the Final which will be over 36 holes on Saturday 23rd June.