The 2012 Sydney Major Pennant series commenced on the weekend with Division 1 producing some interesting results between traditional inter-club rivalries. 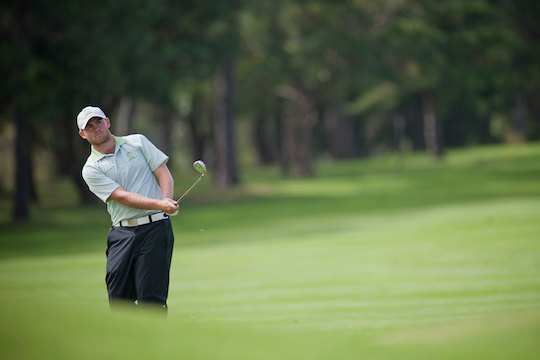 Rickie Kato playing number 2 for Bonnie Doon is a player to follow in these series with the quarter-finalist at this year’s Australian Amateur accounting for Ben Clementson, 2&1.

Kato originally played out of the Cammeray Golf Club, where he is still a member, and has featured strongly this Australian summer in top amateur events winning the Harvey Norman Junior and securing top-15 finishes at the Lake Macquarie and NSW Amateur.

First round in section 4 had the battle of the heavyweights of Sydney Major Pennants with Moore Park securing a 4 1/2 to  2 1/2 win over The Australian.

Dimi Papadatos playing in the top-order match for Moore Park squared his match against Jake Higginbottom. Clancy Bowe went 1-down to Daniel Bringolf in the second order match, with Moore Park’s number 3, Darren Shepard defeating one of the stalwarts of The Australian pennant team, Ian Bradley, 2&1.

Moore Park has won three of the last five Major Pennant flags with the teams’ ability to perform at this major club level driven by consistent performances from its middle order.

New South Wales, runners-up to Moore Park last year, failed to have the opening round match the team was after with a 4&3 loss to Mona Vale.

Mona Vale were finalists against Moore Park at the 2009 Major Pennant final and are yet to claim the Major Pennant flag in the series’ 81-year history.

Michael Lambert, runner-up to Brett Drewitt last week in the NSW Amateur, secured the top-order match for NSW with a 1-up victory over Dale Brant-Richards. Mark McInnes playing number 2 for Mona Vale responded with a 2&1 win over Michael Bell.

Andy Hugill and Angus Radford won their matches for Mona Vale to give their club the victory.

Mona Vale is a club to follow in these series and on paper should feature strongly against the remainder of the teams in section 2, Fox Hills and Oatlands.

Brett Drewitt’s 5&3 win over Theodore Coroneo was not enough to get Long Reef over the line with The Lakes securing a vital 4&3 win in section 4.

The fallout of the Division 1 draw sees section 4 as arguably the toughest with Moore Park and The Australian also playing.