Australian fans hoping to visit the scene of David Graham’s famous US Open victory when the Open returns to Merion Golf Club in Ardmore, Pennsylvania next year will be disappointed to learn that all Grounds tickets for the championship rounds (Thursday-Sunday, June 13-16 2013) have sold out. Grounds tickets are still available for the practice-round days only (Monday-Wednesday, June 10-12.

The Merion Golf Club sits within a relatively small property for a golf course, only 126 acres (51 hectares), resulting in a cap of 25,000 spectator tickets per day being sold for the 2013 U.S. Open Championship. 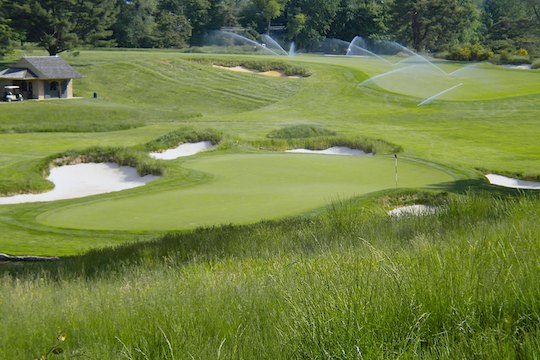 This is approximately 8,000 fewer than for this year’s championship recently conducted at The Olympic Club in San Francisco. More than 230,000 people were in attendance this year, marking the 26th consecutive sellout of the championship, to watch Webb Simpson win his first U.S. Open title by one stroke over 2010 champion Graeme McDowell and Michael Thompson.

The 2013 US Open Championship will mark the fifth time the championship has been played at Merion Golf Club, famous for its wicker baskets on the flagsticks in place of flags, and the first time in 32 years.

Graham’s final round 67 in 1981 has long been regarded as one of the greatest rounds ever played for the pure quality of his ball striking, hitting all 18 greens in regulation to win by 3 strokes over Bill Rogers and third round leader George Burns.