Golfers have raved about it, now some of the country’s best professional golfers will be able to try it for themselves following news the 2013 Victorian Open would be moving to the impressive Thirteenth Beach Golf Links on the state’s Bellarine Peninsula.

The two championship courses at Thirteenth Beach will host the men’s and women’s Opens from February 21-24, 2013, with the fields alternating between the two layouts. 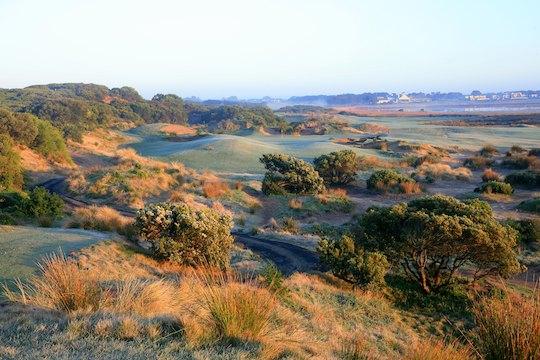 The shift from Spring Valley and Woodlands to Thirteenth Beach came following significant support from the State Government, the City of Greater Geelong and the club itself.

The Beach Course has already been rated one of Australia’s top-20 courses while the North Course has also grown in stature since its 2004 opening.

While Spring Valley has been the home of the Vic Open for the past four years, January this year was the first in the event’s history that the Open was played concurrently as a men’s and women’s tournament, gaining widespread attention for its unique format.

Golf Victoria CEO Simon Brookhouse said it was hoped the decision to move the event would enhance its ability to grow and attract strong fields of competitors.

“We’re very excited to continue to grow the Vic Open’s tradition and hope moving to Thirteenth Beach can help make the event the best in its 55-year history.”

“This tournament has been a launching pad for some of the country’s best golfers like Greg Norman, Gary Player, Peter Thomson, Kel Nagle, Ian Baker-Finch and Robert Allenby.”

Prizemoney will be split evenly with at least $150,000 on offer for both Championships.

The women will play on the North course in rounds one and two while the men play the Beach course.

After the 36-hole cut the leading 50 players in each field continuing on the Beach course, with a seeded draw for both final rounds with men and women’s groups playing alternately, followed by a joint presentation.