2015 Champions Tour kicks off in Hawaii

A new season of the Champions Tour will be launched at the US$1.8m Mitsubishi Electric Championship to be hosted by the stunning Hualalai Golf Club in Ka’upulehu-Kona, Hawaii this week. 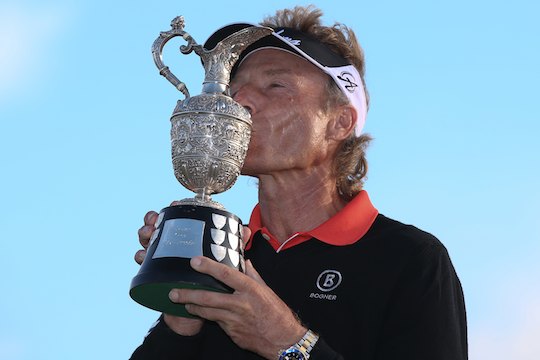 However if this week’s field is any indication of what’s ahead in 2015, the long-time European Tour rivals and Ryder Cup team mates will have their work cut out to repeat the dose.

However it’s the ‘new breed’ who may provide the most exciting moments this week.

Paul Goydos won the Pacific Links title in Hawaii last year in just his 5th start after turning 50 however Spain’s Miguel Angel Jiminez and Jeff Maggert topped that by both winning on debut.

Both are in the field on the Big Island this week, Jimenez taking the long road after competing in the European Tour’s Abu Dhabi Golf Championship that concluded on Sunday.

No Australians will be lining up in Hawaii however it’s been encouraging to see Peter Senior back at work with coach Gary Edwin on the Gold Coast recently, following shoulder surgery late last year.