The 2015 Sydney Major Pennant series commenced on the weekend as clubs battle for the prized division flags on offer. 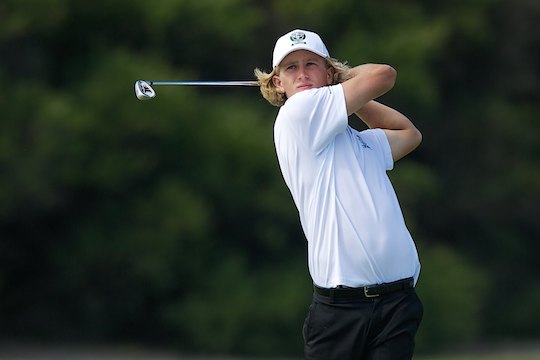 With considerable club, and individual, pride at stake these inter-club series continue to produce great golf within a team based environment in a sport which is traditionally individual based. Match player encounters also add that extra interest with our top-amateurs going face-to-face each weekend in Division 1.

The usual ‘pre-season’ pilfering of ‘marquee’ players by the bigger clubs from lesser clubs appears common place now with a number of interesting acquisitions taking place in Division 1 this season with some eastern Sydney clubs who have acquired players from various north shore clubs.

That said, as we have seen season after season in both the Sydney and Melbourne Pennant series, the teams that do well are the ones that win from the bottom order up, not necessarily the team that has enticed a few prized guns away from their traditional clubs who bat at the top.

Bonnie Doon, runners-up last year in Division 1, are in section 2 and will face Long Reef, Moore Park and Avondale who progressed to the top division after winning Division 2 last year. Avondale have lost a few players yet still have an impressive line up.

Section 3 has Castle Hill, The Australian, Concord and The Lakes doing battle, with Section 1 including St Michael’s, NSW, Monash and Cabramatta competing.

Castle Hill is a club to watch having played well last year and this year has again fielded a strong team from the bottom order up. Bonnie Doon also will be hard to stop and Pymble always presents a solid lineup.

Six rounds will see the preliminary section competed with the top-ranked club on points progressing to the semi-finals to be held on 22 March with the final aa week later at Terry Hills Golf Club.