2016 Ryder Cup captains to be named this week

Darren Clarke or Miguel Angel Jimenez, or even a bolter from the blue, could be named Europe’s next Ryder Cup captain as early as this week.

According to the European Tour, a meeting will take place today with the five-man selection panel favoured to decide first-up who should succeed Paul McGinley as the next skipper. 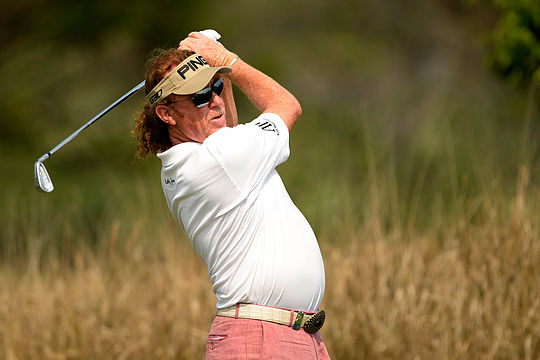 Bookmakers have already list 2011 British Open champion Clarke as a pronounced favourite for the job, with Jimenez listed as his chief rival.

Certainly European cornerstones of recent teams, world No. 2 Henrik Stenson and seventh-ranked Sergio Garcia, suggest it should be a two-horse race.

“Most likely we’re going to see a race between Darren and Miguel,” Stenson said at the recent Dubai Desert Classic.

Garcia agreed: “I think those are the two big candidates and I think we are all excited to see how it turns out,” he said.

Europe, who beat the United States in the biennial team event for the eighth time in the past 10 Cups when triumphant in Scotland in September, will defend their trophy on US soil at Hazeltine in Minnesota next year.