The 2018 Sydney Metropolitan Major Pennant series has seen two rounds completed as five men’s divisions and two women’s divisions do battle over the next two months for the prized Divisional flag.

The Men’s Division 1 has four sections that sees a mixture of established clubs with deep pockets importing players to bolster their ranks combined with smaller clubs fielding their stalwart members as they seek the prized Division 1 flag. 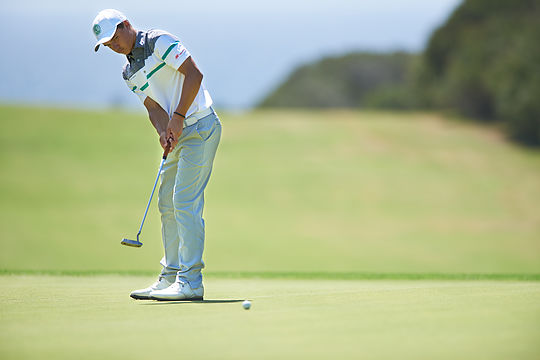 Reigning champions The Australian have lost a number of players from its winning 2017 lineup and find themselves currently in third position in Section 2.

The Australian has a win and a loss to be sitting behind Mona Vale who leads the Section with two wins with Long Reef in second position.

Blake Windred, winner of the recent Avondale Medal, has been the standout performer for The Australian winning his top-order matches easily, showing why he is one of our most promising amateurs and a player to watch.

St Michael’s, who narrowly lost to The Australian in last year’s final, started its campaign well to lead Section 1 after two wins with the club’s bottom order producing standout results to be undefeated so far.

Harrison Crowe secured an impressive away win over Avondale’s Chris Fan at the number one position on Sunday to secure their second victory in what was a cliff hanger of a contest between the clubs.

Pymble also looks strong and is without a loss having won against The Lakes at home and then securing a vital half away on Sunday.

Section 3 sees Bonnie Doon with two wins to be leading over Moore Park, who lost on Sunday to Ryde-Parramatta in an away match.

This Section promises to be strongly contested with Moore Park enjoying a rich and successful history in Sydney Pennants and their current lineup includes a number of experience players with John Betland, Scott Johnson, Logan Toms having all tasted considerable Pennant success.

Section 4 sees NSW and Concord in a close battle, with both clubs featuring a number of new recruits. Both have won their opening two matches and are not due to meet until the second last round yet on paper NSW looks the stronger side having won their matches easily, with Concord only narrowly pipping Bankstown in an away match last Sunday.

In the Women’s series each of the two Divisions has two Sections.

Section 2 has Concord in a strong position over NSW, with Doey Choi and Belinda Ji posting solid wins on Sunday. Division 2 has Cronulla and Stonecutters Ridge leading their sections.