2019 Master of the Amateurs launches in Melbourne

The Australian Master of the Amateurs heads into its 22nd successful year and its 9th consecutive year at the world recognised The Royal Melbourne Golf Club following the 2019 tournament’s launch in Melbourne.

The Directors of the Australian Master of the Amateurs, Angela and Peter Mann have seen this event evolve into one of the world’s best championships and the inclusion of the women’s title for the first time last year was a natural progression for their tournament. 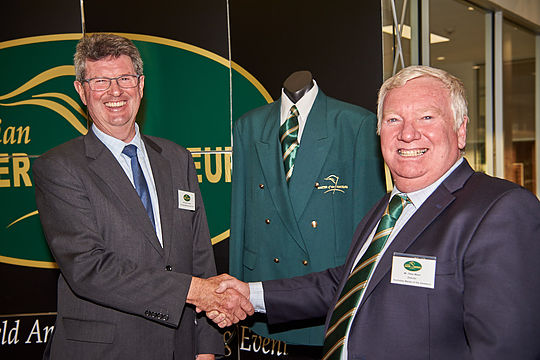 Regarded as Australia’s premier amateur golf championship and our highest ranked world amateur event, The Australian Master of the Amateurs, will feature the top elite male and female National & International amateur golfers, who are set to compete next January.

“The tournament continues to go from strength to strength,” said Peter Mann.

“We are expanding the women’s field and are currently in talks with players from China, Korea and USA. The men’s event is booked solid already with a waiting list of players well ranked on the R&A Ranking on the reserved list. We will have players from the USA, UK, Korea and Asia all competing, as well as Australia’s best.”

“In 2020 we will move to Victoria Golf Club for three years as Royal Melbourne has a lockout for the Presidents Cup. So it will be a new layout and we also have our own tournament song. It’s all happening.”

The 2019 Australian Master of the Amateurs Champion will receive an exemption into the 2019 Amateur Championship (UK), the Porter Cup (USA), The Players Amateur (USA), the Dogwood Invitational (USA), the Canadian Amateur and the NSW Open as well as a possible start in a Australian PGA Tour event.

Last year Japan’s Yuka Yasuda collected the women’s title with a total score of 3-over. Yuka shot a new Women’s East Course Record of 65 in round three of the Championship.

In 2017, Victorian David Micheluzzi, who finished runner-up on Sunday at the WA Open, won the MOTA Men’s title with a total score of 14 under Par. Micheluzzi shot the equal Men’s East Course Record of 65 in Round 2, and a new course record of 64 in Round 3 of the Championship.

The 2019 Australian Master of the Amateurs Championship will also see an increase the field of the women’s tournament to 48 of the top elite female National and International Golfers.

The 2019 Australian Master of the Amateurs Championship will be hosted at The Royal Melbourne Golf Club, 8th – 11th January 2019, on the West Course.