With its calendar decimated by the current pandemic, the European Tour has been forced to look further afield to secure tournaments for its unique worldwide schedule.

And now the Tour will make its first visit to the Mediterranean island country of Cyprus as part of three new tournaments in Europe in its reshaped 2020 International Schedule. 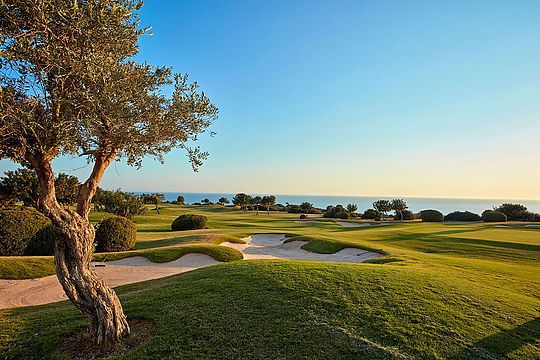 The inaugural Cyprus Open will take place from October 29 – November 1 followed by the Cyprus Classic from November 5-8 with both events to be played at Aphrodite Hills Resort in Paphos, with prize funds of €1million each.

Also added to the 2020 schedule is the €1 million Scottish Championship, which will be played at Fairmont St Andrews from October 15-18.

The tournament follows the Dubai Duty Free Irish Open at Galgorm Castle Golf Club (September 24-27), the Scottish Open at the Renaissance Club (October 1-4) and the BMW PGA Championship at Wentworth (October 8-11), and extends the Tour’s second UK Swing of 2020 to four events.

“We are pleased to be able to announce these three new tournaments as part of our 2020 International Schedule, which will continue to give valuable playing opportunities to our members,” said the European Tour’s Ben Cowen.

“We are grateful to Aphrodite Hills Resort and ISM for their support in staging two consecutive tournaments as part of our first trip to Cyprus, and we look forward to showcasing the country to our global television audience.”

Following the Scottish Championship, the Italian Open will be played from October 22-25, at a venue to be confirmed, but like the Dubai Duty Free Irish Open, following the many changes and disruption to this year’s schedule, it will not be part of the Rolex Series.

The European Tour also confirmed the cancellation of the Turkish Airlines Open and the Nedbank Golf Challenge Hosted by Gary Player, with the latter tournament now due to celebrate its much anticipated 40th anniversary edition at the Gary Player Country Club in Sun City in 2021.