2021 AMOTA offers a chance for local stars to shine

2020 has not been kind to competitive sport and challenges continue to press tournament organisers with regards to staging events. Peter and Angela Mann have confirmed that the 2021 Men’s & Women’s Australian Master of the Amateurs Championships will be hosted at The Victoria Golf Club, 5th – 8th January 2021.

The Tournament Committee met at the Victorian Golf Club last week to finalise the entry requirements for the Australian Master of the Amateurs field and with International borders closed, a unique opportunity for Australian elite players to gain entry to the field has emerged. The Committee received and considered a number of expressions of interest and granted ‘Wild Card’ entries to those meeting applicable criteria. 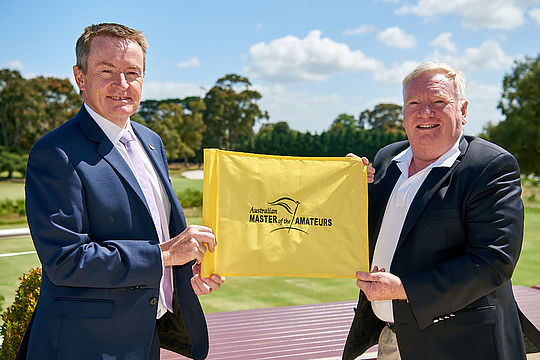 “We might not have the international field that we have had in the past, but the tournament is going ahead and presents a unique opportunity for Australian players to play in our nation’s highest ranked amateur event,” said Tournament Founder Peter Mann.

“In 2022 hopefully we will be all open and return to a truely international championship, so this year’s tournament opens up a real opportunity for our own amateurs and we see it as our role to ensure competitive environments continue during this period of isolation not only for the mental health of our players, but ensuring our tournament keeps it’s place as the best in the country.”

“We again look forward to hosting these championships which showcase the best amateurs in the country,” said Peter Stackpole, General Manager at Victoria Golf Club.

“Victoria Golf Club is proud to host what is the pinnacle amateur championships, both Men’s and Women’s, in Australia and our layout will again present a stern by fair test for these players.”