$2m up for grabs in Western Australia swing

Western Australia will host three consecutive weeks of golf at the highest level during October with the PGA Tour of Australasia announcing further schedule details.

Offering total prizemoney of over $2.1 million, the three week swing will again ensure the spotlight is firmly on the west, with planning now well underway for each of the WA Goldfields PGA Championship, WA Open and previously announced Perth International. 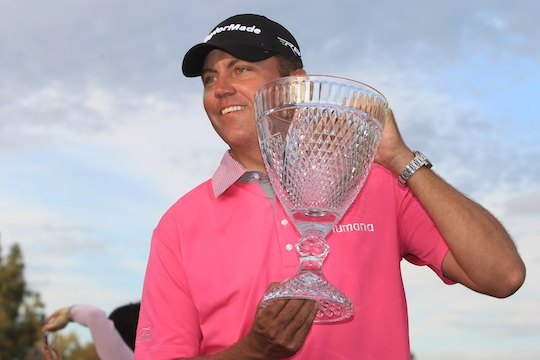 “Culminating with the Perth International, last year’s West Australian tournaments were an outstanding success, and our players are all looking forward to returning in 2013,” said Brian Thorburn, CEO of the PGA of Australia, which oversees the Tour.

“We’re expecting the quality of all three fields to increase this year, creating an even greater spectacle for the fans.”

The action will kick off with the $110,000 WA Goldfields PGA Championship to be contested from October 3-6.

Kalgoorlie Golf Course will host the championship for the second year of a three year agreement, the tournament set to capitalise on the success of 2012.

“An iconic course and one of the most picturesque and challenging in Australia, Kalgoorlie received rave reviews from our Professionals last year and hopefully helped spread the word about this great outback course,” said Thorburn.

From Kalgoorlie, the PGA Tour of Australasia will head to Perth and Mt. Lawley Golf Club for the prestigious WA Open Championship, also to be contested for $110,000.

To be played from October 10-13, the Championship was last played at Mt. Lawley in 1997, where Stephen Leaney captured his third of five home state Open titles.

The tournament will be positioned as a lead in to the Perth International, with Gary Thomas, Chief Executive of Golf WA, saying the scheduling will create additional opportunities for the tournament.

“On behalf of Golf WA, we are delighted to be returning to Mt Lawley Golf Club and also thrilled that the Open will be in the week immediately prior to the Perth International, which we are confident will ensure a very strong field of both Amateurs and Professionals,” said Thomas.

“With the PGA, Open and Perth International all in consecutive weeks, the entire WA golf industry is looking forward to three weeks of quality golf during October.”

The previously confirmed Perth International will be contested at Lake Karrinyup Country Club from October 17-20.