American Luke List outlasted fellow countryman Will Zalatoris in a playoff to secure his maiden PGA Tour win at the Farmers Insurance Open at Torrey Pines.

The pair finished at 15-under-par after Zalatoris was unable to convert a two metre birdie putt on the last for the win.

List was then able to get up and down on the first playoff hole for his first win at the age 37, and after 206 PGA Tour career events.

“It’s a whirlwind,” said List. “Still a lot of emotions going through my head, but to get that first win is definitely a relief.” 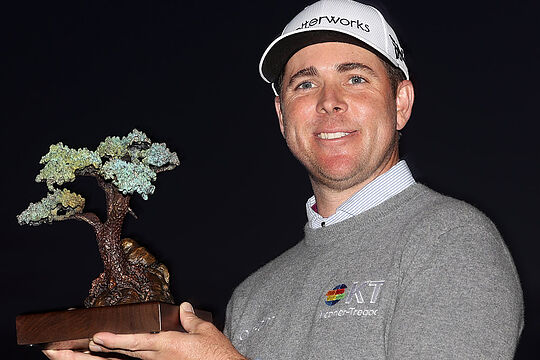 List was runner-up to Ryan Moore at the 2004 US Amateur and graduated from Vanderbilt University in 2007 before turning professional the same year. His best result in a major is a 6th place finish at the 2019 PGA Championship and in March 2018, List lost in a sudden-death playoff at the Honda Classic to Justin Thomas.

Zalatoris and Australian Jason Day were the players to beat coming into Saturday’s final round, but neither could deliver a final day low after List carded a final round 66 on Torrey Pines’ South Course and was forced to wait around for over two hours in the clubhouse and practice areas.

Day finished the final day with a string of bogeys on 16 and 17 to card a final round 72 and finish in a share of 3rd position with Jon Rahm and Cameron Tringale. Day, a 12-time PGA Tour winner and former World No.1 has now gone 76 starts on the PGA Tour without a win.

The last time the Queenslander won a PGA Tour event was the 2018 Wells Fargo Championship at Quail Hollow Club in Charlotte where he secured a two-shot win over Nick Watney and Aaron Wise.

The upside for Day is a 46 spot move up the world rankings from 129th to 83rd and his highest spot since a drop to 88th following a poor finish at the CJ Cup late last year.

Marc Leishman was the next best Aussie at Torrey Pines carding a final round 70 to move three places to share a tied for 16th position. Cameron Davis finished in a share of 56th position to round out the Aussies who made the weekend.

In his seven events played this season, Leishman has made the cut in all with three top-10 finishes to pocket US$1,165,296 in earnings and sit 24th in the FedexCup standings.

Cameron Smith remains the top-placed Aussie in the FedexCup standings currently at 6th, with Lucas Herbert at 15th and then Leishman.